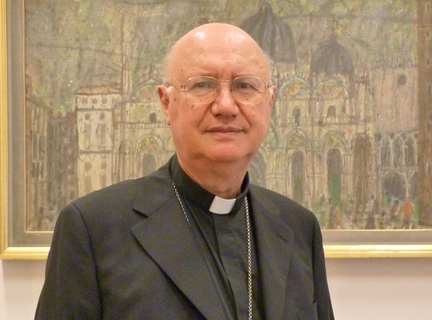 (Vatican Radio) At a press conference in the Vatican on Wednesday, a new online digital library was launched, offering access to over a thousand papal documents on communications from the first to the twenty-first century. The initiative, known as the Baragli Project, features papal teachings on communication, translated into different languages, and is geared especially to those working in Catholic education and training centres.

The Project is named after Jesuit Father Enrico Baragli, who died in 2001 and was in the forefront of research into the way the Catholic Church has communicated its message over the centuries. It is being promoted by the Pontifical Council for Social Communications , together with the Faculty of Social Communication at the Pontifical Salesian University, as well as the Vatican Publishing House and Vatican.va website.

The digital library features a “navigator” which helps to explore available online sources. It offers a platform for reading and personal study, as well as an open environment for collaboration with other users. The beta version in Italian went live on September 30th and can be found at www.chiesaecomunicazione.com. But the archive will be continuously expanded to include new documents, as well as other material from individual Church leaders, from bishops conferences and from other Christian churches and communities.

Please find below the address of the President of the Pontifical Council for Social Communications,  Archbishop Claudio Celli, at the launch of the Baragli Project

The PCCS is very pleased to support the Baragli Project.  The primary function of the PCCS, in accordance with the mandate given to it by Vatican II, is to promote the importance of communications in the life of the Church.  Communication is not just another activity of the Church but is at the very essence of its life.  The communication of the Good News of God’s love for all people, as expressed in the life, death and resurrection of Jesus Christ, is what unifies and makes sense of all the other aspects of the life of the Church.  This project is particularly valuable because it brings together, and makes available to a wider public, a long tradition of teaching and reflection by the Church precisely on the centrality of communications.

The material themselves are hugely significant as they show how the Church has, throughout its history, sought to engage with the changing means and forms of communication which have shaped culture and human society.  This collection enables us to appreciate how the Church’s manner and means of expressing its message have been transformed over the years in order to take account of changes and developments in the dominant forms and technologies of mass communication.  It is interesting to see how the Church has adapted its understanding of how best to communicate as a predominantly oral culture yielded to one where the written word prevailed; as the world of manuscripts was transformed by the invention of the printing press; and as a world of mass communications developed progressively with the emergence  of newspapers, radio, cinema, TV and, more recently, digital media and social networks.  What one sees is a constant effort on the part of the Church to ensure that the Good News of the Gospel is made known to its contemporaries in ways that are culturally appropriate and that fully realize the potentials of new models of communications and developing technologies.

The publication of these materials on-line will provide the raw resources which will enable theologians and communications scholars to deepen their reflections on how the Church today should fulfil its responsibility to share its message with all people.  In his address to participants in the Plenary Assembly of the Pontifical Council for Social Communications in February 2011, Pope Benedict spoke of the challenge of finding new languages to ensure an adequate expression of the Christian message in the context of the radical transformation being effected in the culture of communications by new technologies.  In particular, he identified the need for theological reflection and engagement:  The world of communications involves the entire cultural, social and spiritual universe of the human person.  If the new languages have an impact on the way of thinking and living, this in some way also concerns the world of faith and the understanding and expression of it.  According to a classical definition theology means the understanding of faith and we know well that understanding, perceived as reflective and critical knowledge, is not alien to the cultural changes that are under way.

These materials will also become available to those who are involved in the formation of future priests and pastoral leaders.  The PCCS has long advocated that more attention should be given to the preparation of future Church leaders in the area of communications.  The availability of this body of teaching and reflection in digital form makes it accessible to seminaries and other places of formation which previously would have had great difficulty in providing curriculum content.  Moreover, the on-line publication has been designed in such a way as to encourage those who access it to create networks with other users.  It is to be hoped that this facility will allow those who are involved in formation to work together to share ideas about how best to form good pastoral communicators and to identify best practices in this regard.

I would like to acknowledge the great work of Father Lever and Prof Sparaci in bringing forward and executing this project.  I think their efforts witness to their commitment, and that of the Faculty of Communications at the Salesian University, to foster scholarship and excellence in the field of communication’s studies.