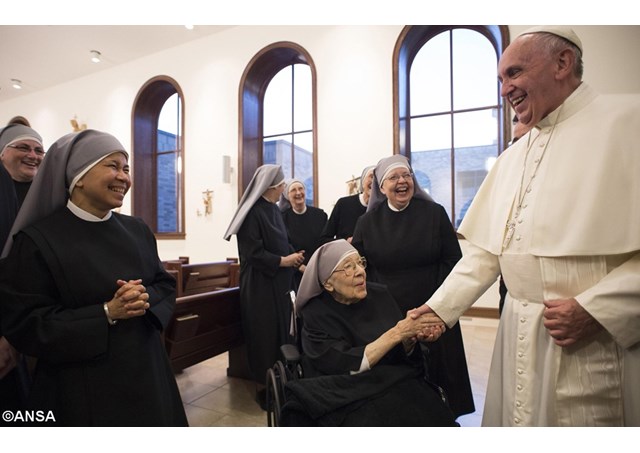 (Vatican Radio) Pope Francis on Wednesday made an unscheduled visit to the convent of the Little Sisters of the Poor, which is near the Basilica of the National Shrine of the Immaculate Conception, where he celebrated the Mass of Canonization of St. Junipero Serra.

The congregation is involved in a lawsuit with the Obama Administration over the country’s new health care law. The government is trying to force the religious community to comply with a contraception mandate in the law, which violates Catholic religious beliefs.

“This is a sign, obviously of support for them [in their court case]” said Father Federico Lombardi, SJ, the head of the Holy See Press Office.

“In this sense it is connected also to the words that the Pope has said in support of the Bishops of the United States in the speech to President Obama,” Father Lombardi continued.

“This was a little addition to the programme, but I think it has an important meaning in this moment,” he said.