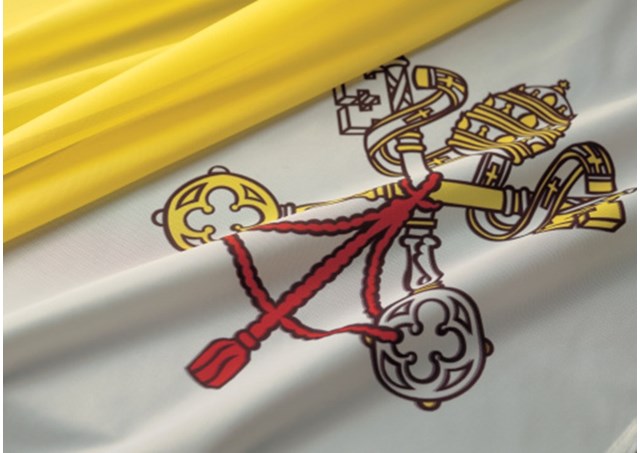 (Vatican Radio) A communiqué released today by the United Nations says the Holy See flag will fly at the UN building in New York when Pope Francis arrives there on Friday.

It says that after consultations with the Holy See, the United Nations will raise the flag of the Holy See for the first time on the morning of September 25, so that it will be flying when Pope Francis arrives at the UN Headquarters.

The Holy See and the United Nations Secretariat have agreed that the flag will be raised with no ceremony. UN personnel will raise it at the same time they will raise the other flags that day.

The flag of the Holy See has two vertical bands, one gold and one white. The white side features an image of two traversed keys, one gold and one silver, bound together by a red cord, and topped by a triple-crown or tiara crowned by a cross. The keys (Mt 16:19) and tiara are both traditional symbols of the papacy. It has been the official flag of the Holy See since 1929.