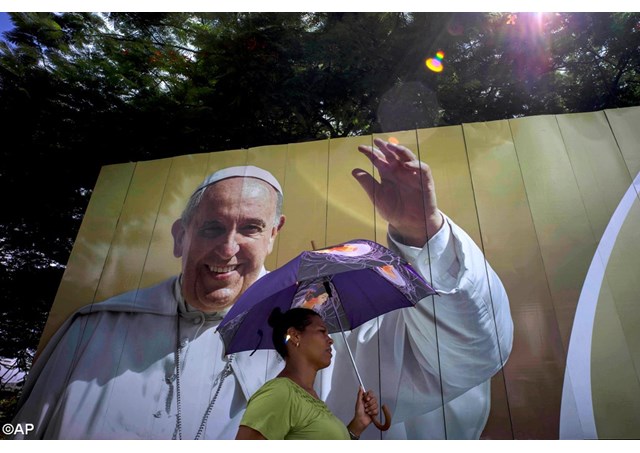 (Vatican Radio) 'Vatican Weekend' for Saturday September 19, 2015 features a look ahead to the ten day long Apostolic journey of Pope Francis to Cuba and the United States which begins on this same day and ends on the 27th of this month, a visit which stemmed from the desire of Pope Francis to attend the World Meeting of Families in Philadelphia. Also in this programme we bring you the words of Pope Francis relating to the figure of Blessed Junipero Serra whom he will canonise in Washington DC on the 23rd of September. And given the arrival of Pope Francis in Cuba on the date of this programme we take a look at two significant figures for the Catholic Church of this nation, the Servant of God, Father Félix Varela and José Marti as described for us in 1998 by Saint John Paul II the first Roman Pontiff to visit this island nation. The last two items in this broadcast feature Benedict XVI's farewell speech to Cuba in 2012 as well as  the instrumental role played by Saint John XXIII during the 1962 Cuban missile crisis.