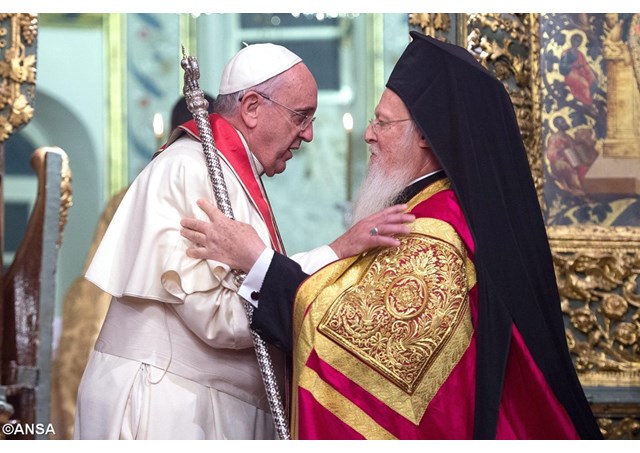 (Vatican Radio) “Today is the World Day of Prayer for the Care of Creation. Let us work and pray.” That was the papal message on Twitter on Tuesday as Pope Francis prepared to lead a special Liturgy of the Word in St Peter’s Basilica marking the Catholic Church’s first Day of Prayer for Creation.

At his general audience last week the Pope invited local residents and visiting pilgrims to join him for the Liturgy of the Word in the Vatican basilica, beginning at 5pm. He also urged Catholics around the world to contribute to solutions to the environmental crisis facing our planet by organizing their own prayer and practical initiatives to mark this new celebration.

The Pope noted the initiative follows in the footsteps of the Orthodox Church which, for the past 25 years, has dedicated September 1st, the beginning of a new year in the Orthodox liturgical calendar, to care for the environment. Since that time, the World Council of Churches has also marked a month-long‘Time for Creation’ stretching from September 1st to the feast of St Francis of Assisi on October 4th.

In his encyclical letter ‘Laudato Si’, Pope Francis quotes what he calls the “deep concerns” and “valuable reflections” of the spiritual leader of the Orthodox world, Patriarch Batholomew, whom the Holy Father met twice last year, in Jerusalem and at his home in Istanbul.

Among the five speakers introducing the Pope’s new encyclical in the Vatican Synod Hall on June 18th was the Orthodox Patriarch’s personal envoy, Metropolitan John Zizioulas, who suggested that all the Christian churches might consider, as an ecumenical gesture, the idea of marking a joint day of prayer for creation.

Less than two months later, Pope Francis wrote to Cardinal Peter Turkson, head of the Vatican’s Justice and Peace Council, to announce his intention of instituting an annual World Day of Prayer for the Care of Creation within the Catholic Church.

“The ecological crisis”, the Pope wrote in his encyclical, “summons us to a profound spiritual conversion…….The annual World Day of Prayer for the Care of Creation will offer individual believers and communities a fitting opportunity to reaffirm their personal vocation to be stewards of creation, to thank God for the wonderful handiwork which he has entrusted to our care, and to implore his help for the protection of creation, as well as his pardon for the sins committed against the world in which we live.....We live at a time when all Christians are faced with the same decisive challenges, to which we must respond together, in order to credible and effective”.