The martyrs of Laos, part 1 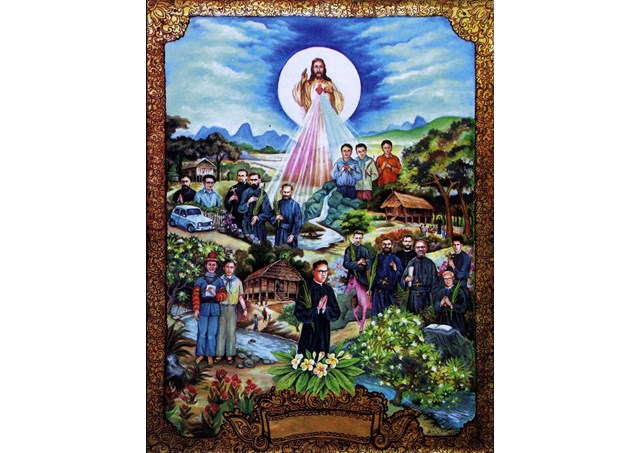 Laos will soon have its first group of Blessed that is on the way to sainthood – all of them martyrs of the last century.  On May 5, Pope Francis authorized the promulgation of the decree for the beatification of Oblate of Mary Immaculate (OMI) priest Fr. Mario Borzaga of Italy and his Laotian catechist, Paul Thoj Xyooj.  A month later, on June 5, the Holy Father authorized the promulgation of the decree for the beatification of 15 others who were martyred in Laos.  The group of 17 known as  “Joseph Tien and his 16 companions” includes missionaries from France and one from Italy and local Laotian Catholics.  The day of their Beatification is still to be announced.  To know more about them, we talked to the postulator or promoter of the sainthood cause of these 17 martyrs, OMI priest Fr. Thomas Klosterkamp of Germany.  The former OMI novice master and provincial superior was called to Rome three years ago to be the postulator for OMI members and others, and is currently handling 25 causes of sainthood.  Today, in the first of a 2-part interview, Fr. Klosterkamp begins by explaining how the causes of the 17 Laotian martyrs began.