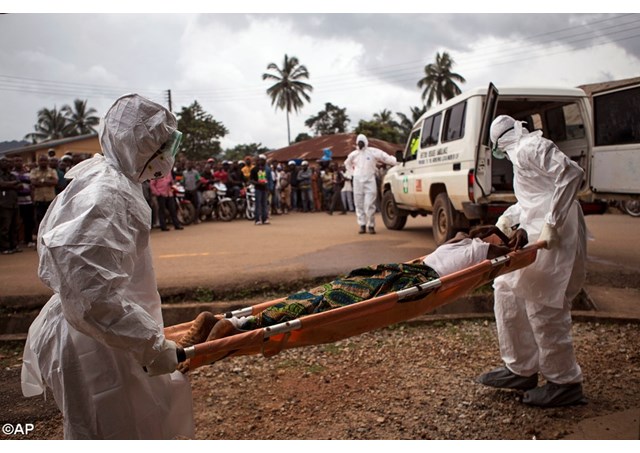 (Vatican Radio) Father Paul Morana Sandi of the Catholic Bishop’s Conference in Sierra Leone said he and the country were “jubilant” after the last Ebola patient in the country was released from hospital this week. Father Sandi expressed gratitude to all the people who helped Sierra Leone overcome the Ebola crisis.

Up to 4,000 people have died from the disease in the country over the past 15 months. The release of the last Ebola patient represents a milestone that allows the nation to start its 42-day countdown for being declared free from the epidemic. Father Sandi, who is Secretary General of the Catholic Bishop’s Conference of The Gambia and Sierra Leone, spoke to Claire Gilbody Dickerson.

Listen to Father Sandi from the Catholic Bishop’s conference in Sierra Leone:

Father Sandi claimed that the country’s optimism stems from safety precautions which had been put into place, such as hand washing and the avoidance of “areas where you were likely to be exposed to the virus”.

In addition, he said that programs on radio and television, along with appeals by religious leaders, had helped increase “public awareness [of the disease] in the country in the past few months.”

Father Sandi said that “they continued to pray that they would not be exposed to such an outbreak again”, and that he was grateful to people that had helped in “this difficult moment”.