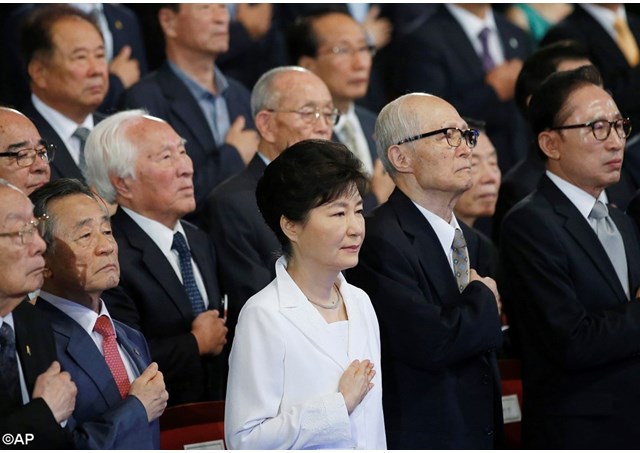 As South Korea celebrated Liberation Day, Saturday, marking the end of Japanese occupation on August 15, 1945, that also divided the peninsula into north and south, Catholics marked the event with masses of thanksgiving across the country on the feast of the Assumption  of Mary.  Card Yeom Soo-jung, Archbishop of Seoul who celebrated Mass in the city’s cathedral, in a message urged for prayers and efforts for reconciliation with North Korea.  In the message for Saturday’s commemoration, the archbishop called on everyone to pray to Mary and take more action in favour of reconciliation between North and South, so as to overcome mistrust, hatred, policies of closure and threats.  He noted that on the 70th anniversary of the liberation and the division of North and South Korea, the painful reality of the conflict and enmity between North and South Korea still remains.  He urged for putting in more effort into the peaceful unification between North and South Korea and to continue working on communication and social integration in the Korean society.  Following the example of Mary, he said, “we should believe strongly in the Lord and never lose our hope even in the darkest of times – for nothing will be impossible for God.”  (Source: AsiaNews)