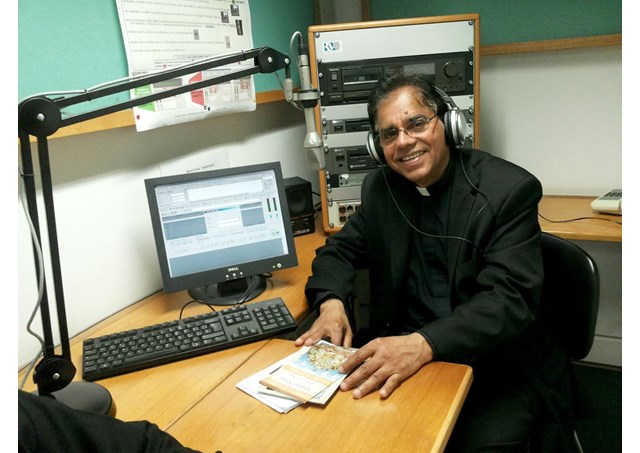 Many might not know that the Catholic Church of India is composed of three ritual Churches, namely the Latin rite Church, with has the largest number of dioceses, and the Syro-Malabar and the Syro-Malankara, both eastern rite Churches that trace their origin to the preaching of Saint Thomas the Apostle in the 1st century.   The Syro-Malabar Church follows the East Syrian Rite liturgy, which dates back to 3rd century.  And one of these Syro-Malabar Catholics is our guest today - Fr. Joseph  Palackal a member the congregation of the Carmelites of Mary Immaculate (CMI) who is working in the Archdiocese of New York.  Hailing from Kerala, he is an ethnomusicologist, singer and composer with special interests in the musical traditions of Indian Christians.  Also the Founder-President of the Christian Musicological Society of India, Fr. Palackal is trying to revive the ancient Syriac or Aramaic chant in the Syro-Malabar Church, which he says is being threatened with extinction following the introduction of the vernacular in the 1960s.  The main thrust of his effort is the Aramaic Project.  Among Fr. Palackal’s several qualifications is a master’s and a doctoral degree in ethnomusicology from the City University of New York, in the US.  In an interview to Vatican Radio he began by explaining his interest in ethnomusicology.