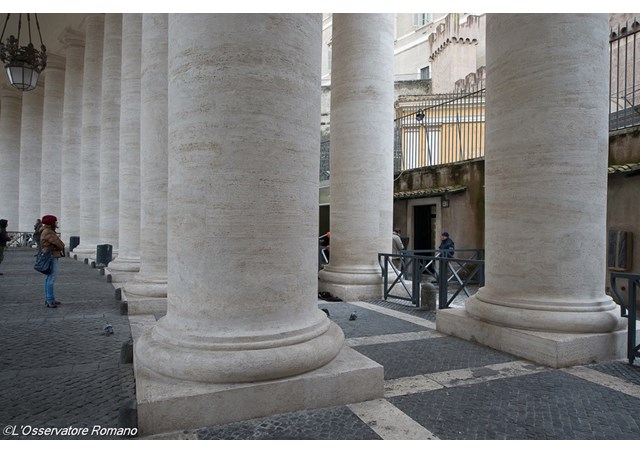 (Vatican Radio) Pope Francis’ helping hands reach out to the poor throughout the year – especially in summer time when many volunteers may be away on holiday.

Pope Francis’ love for the poor sees no lull in the hot summer months, in fact – says Archbishop Konrad Krajewski, the Pope’s Almoner – it actually gathers pace as more and more homeless people find themselves in need of cool showers, haircuts and a healthy meal.

And it is the Archbishop himself together with a bunch of volunteers, Mother Teresa’s Sisters of Charity and occasionally the Swiss Guards who make sure that every day the showers under St. Peter’s Colonnade stay open from 7 in the morning ‘til 6 in the evening, and that a personal hygiene kit is available to all.

Of course, in line with Papal Audiences and the Angelus Prayer, opening hours can undergo some variations.

Krajewski also reveals that together with his group of helpers, he goes out every evening with food packs and water bottles as many soup kitchens close down for the summer as well.

We are the Pope’s men on the front line – Krajewski says – we go where we are needed.

Meanwhile, the new dormitory for the homeless across the road from Via della Conciliazione is nearly ready and promises to offer charity in true “Pope Francis” style: warm, compassionate and full of love.