The Pope prays at the site of Fr. Luis Espinal's assassination 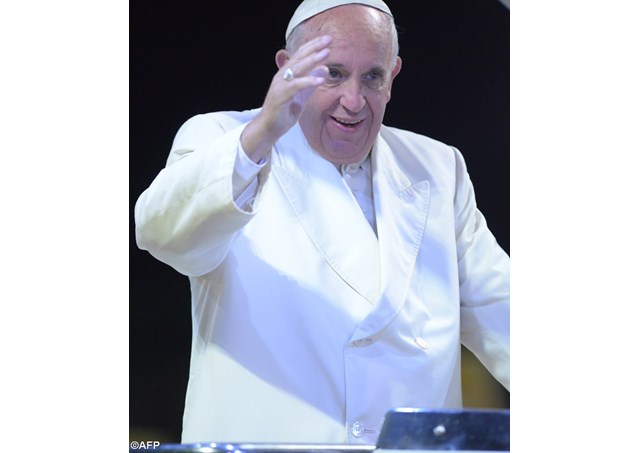 (VIS) During his trip from the El Alto airport to the archbishopìs residence at La Paz, the Pope paused to bless the place where on 21 March 1980 the Spanish Jesuit Luis Espinal Camps, poet, journalist and filmmaker, was assassinated. Fr. Espinal, who lived alongside the families of miners during their struggle under the dictatorship of Luis Garcia Meza, one of the bloodiest periods in Bolivia's history, was arrested by paramilitaries, the armed wing of power, on 21 March 1980. His body was discovered the following day on the path to Chacaltaya. His murder caused profound shock throughout the country and his funeral, on 24 March in La Paz, was attended by multitudes. In 2007 President Evo Morales declared 21 March “Bolivian Cinema Day”, to commemorate the assassination of Fr. Espinal, in homage to his struggle in favour of human rights and democracy and to acknowledge his contribution to Bolivian cinematography.

Upon reaching the eighth kilometre of the Chacaltaya highway, where a number of people were gathered, the Holy Father left the car and said: “Good afternoon, dear sisters and brothers. I stop here to greet you and, above all, to remember. To remember a brother of ours, the victim of those who did not want him to fight for freedom in Bolivia. Fr. Espinal preached the Gospel, and this Gospel troubled them, so they eliminated him. Let us spend a moment in silent prayer, and then let us pray together”.

After a moment's silence, the Pope added, “May the Lord receive in His glory Fr. Luis Espinal, who preached the Gospel, the Gospel that brings us freedom, that sets us free. Like every child of God, Jesus brought us this freedom, and he preached this Gospel. May Jesus keep him with Him. May the Lord grant him eternal repose and may endless light shine for him. May he rest in peace”.

“And to all of you, dear brothers, May the Lord Almighty, the Father, the Son and the Holy Spirit, bless you. And please, I ask you, do not forget to pray for me. Thank you”.