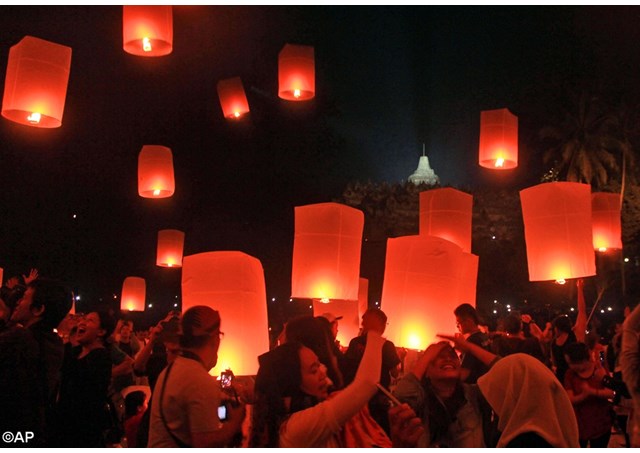 (Vatican Radio) Buddhist and Catholic leaders from the United States have concluded a meeting in Rome calling for closer cooperation on key environmental and social justice initiatives. A joint statement at the end of the meeting, which was held from June 23rd to 27th on the theme of ‘Suffering, Liberation and Fraternity”, said the dialogue “strengthened mutual understanding” about these issues and “deepened relationships as a basis for interreligious cooperation based on shared values”.

Below please find the full statement from the conclusion of the Buddhist-Catholic encounter:

The Bishops'  Committee for Ecumenical and Interreligious Affairs of the United States Conference of Catholic Bishops in collaboration with the Pontifical Council for Interreligious Dialogue convened a Buddhist­ Catholic Dialogue on "Suffering, Liberation, and Fraternity" in Rome, Italy from June 23 to 27, 2015.

The dialogue strengthened mutual understanding concerning human suffering and means of liberation, as well as deepened relationships as a basis for interreligious  cooperation based on shared  values. The objective of this "dialogue of fraternity," as it is called by Pope Francis, is to create new and practical forms of collaboration reaching out to those in need in the cities of the participants in the United States of America.

After this dialogue, the participants agreed to return  together to their cities to explore the following kinds of joint interreligious social action initiatives:

• Creating outreach program for youth in the cities

• Developing resources for the homeless such as affordable housing

• Educating and providing resources to address the issue of immigration

• Witnessing our shared commitment as brothers and sisters, our religious values    and  spiritual  practices,  and  our  social collaboration  with  our  religious communities and others in our cities.