Pope to WCC: Our dialogue must continue 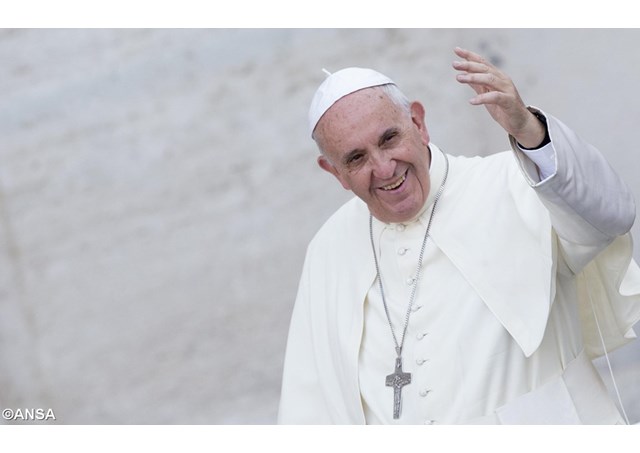 (Vatican Radio)  “Our dialogue must continue” Pope Francis wrote in a Message to Olav Fykse Tveit, Secretary General of the World Council of Churches, on the occasion of their 50th anniversary between the group and the Catholic church. Cardinal Kurt Koch read the message before the group gathered at a conference held at the Centro Pro Unione in Rome on Tuesday evening.

In his message, Pope Francis expressed his thankfulness “to Almighty God for the meaningful ecumenical relationship which we enjoy today” inspired by the desire for unity of the Church of Christ and by “the scandal of division between Christians.”

Recalling his Post-apostolic exhortation Evangelii gaudium, he emphasized that realities are more important than ideas, he urged the group to find ways to effect a united diakonia, aimed at addressing the concrete needs of “suffering humanity.”

He challenged the group to address “crucial ecumenical issues” and ended with a prayer that God might grant “the gift of full visible unity among all Christians, so that the Church will ever more be a sign of hope to the world and an instrument of reconciliation for all peoples.”

Read the Full text of the Pope's message below:

The fiftieth anniversary of the Joint Working Group between the Catholic Church and the World Council of Churches is an occasion of thanksgiving to Almighty God for the meaningful ecumenical relationship which we enjoy today. So too, it is a moment to thank the Lord for all that the ecumenical movement has achieved since its beginning over one hundred years ago, inspired by a longing for the unity which Christ intended for his body, the Church, and by an emerging sense of sorrow for the scandal of division between Christians.

Since its inauguration in 1965, the Joint Working Group has fostered the necessary conditions for a greater common witness of the Catholic Church and the Churches and Ecclesial Communities of the World Council of Churches. Reflecting on these past fifty years, we should be encouraged by the collaboration which the Joint Working Group has promoted, not only in ecumenical issues, but also in the areas of interreligious dialogue, peace and social justice, and works of charity and humanitarian aid. The Joint Working Group should not be an inward-looking forum. Rather, it must become ever more a "think-tank", open to all the opportunities and challenges facing the Churches today in their mission of accompanying suffering humanity on the path to the Kingdom, by imbuing society and culture with Gospel truths and values.

In my Apostolic Exhortation Evangelii Gaudium, I noted that realities are more important than ideas (cf. no. 233). The Joint Working Group must be oriented to addressing the real concerns of the Churches throughout the world. In this way, it will be better suited to proposing collaborative steps that not only draw the Churches closer together, but also ensure that they offer an effective diakonia suited to the people's needs.

In fulfilling this task, the Joint Working Group distinguishes itself by its own character and aims. The nine reports produced thus far bear witness to the growing understanding and appreciation of the bonds of brotherhood and reconciliation which, in the context of the changing landscape of Christianity in the modern world, sustain Christians in their common witness and evangelizing mission. We must recognize, though, that in spite of the many ecumenical achievements of the past half century, Christian mission and witness still suffer due to our divisions. Disagreements on various subjects - in particular anthropological, ethical and social issues, as well as issues related to the understanding of the nature and conditions of the unity we seek - demand further sustained efforts.

Our dialogue must continue! I encourage the Joint Working Group to further its discussion on crucial ecumenical issues and, at the same time, to promote ways for Christians to testify together to the real, though imperfect, communion shared by all the baptized. May we always trust that the Holy Spirit will continue to assist and guide our journey, often in new and sometimes unexpected ways.

This anniversary similarly is an opportunity to express our gratitude to all those who, these past fifty years, have tirelessly served the cause of Christian unity and advanced the joyful proclamation of the Gospel (cf. Mt 28:18-20). Let us join together in imploring our heavenly Father, through Jesus Christ our Redeemer, and in the power of the Holy Spirit, to grant us the gift of full visible unity among all Christians, so that the Church will ever more be a sign of hope to the world and an instrument of reconciliation for all peoples.