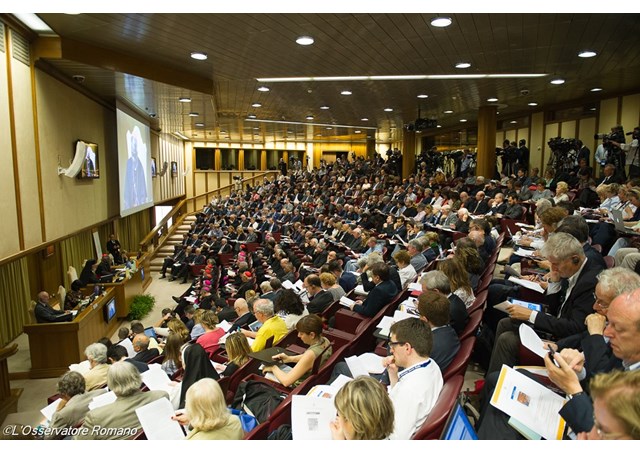 Philippine Cardinal Luis Antonio Tagle is urging all, Christians and non-Christians alike to ‎read and think about Pope Francis newest encyclical “Laudato Si, on caring for the environment. “We ‎call on non-Christians, families, educators, politicians, business people, experts in science and digital ‎technology, media, consumer groups, non-government and peoples´ organizations to study the ‎encyclical and its proposals,” said the Archbishop of Manila in a statement released on June 18 in Rome, ‎the day the Vatican officially released the 192-page encyclical of the Pope.   The cardinal also called on ‎the faithful, the religious, and the clergy of the Archdiocese of Manila “to study, enrich, discuss and ‎meditate on the various points of the encyclical.”  ‎

However he cautioned the people against the danger of regarding the document as a scientific treatise, ‎stressing it is first and foremost a pastoral analysis based on the Church teaching and contemporary ‎experiences.  A letter issued on behalf the Archbishop of Manila noted that the encyclical does ‎not in any way pretend to resolve scientific questions related to the environment and climate change.  ‎‎“Rather it offers a pastoral analysis and appeal nurtured by the Bible the Catholic Social Teachings, the ‎pronouncements to Popes, and a reading of the current ecological conditions we are facing.”

Meanwhile, the Catholic Bishops’ Conference of India (CBCI), has noted that the encyclical ‘Laudato ‎Si” is a strong message from Pope Francis, and hence it should “reach each and every family.”   To ‎achieve this goal, CBCI deputy secretary general, Fr Joseph Chinnayan said India’s Catholic bishops ‎have planned to develop a three-pronged programme at the diocesan, regional and national levels to ‎disseminate the papal document.  At the diocesan level, the goal is to ensure that “the encyclical can ‎reach every member of the family so that they can help in their own way in protecting the mother ‎nature”.  At the same time, programmes are planned at the regional level on the basis of local ecological ‎conditions.  The CBCI is planning a symposium on climate change at the national level.‎

For its part, the Federation of Asian Bishops' Conferences (FABC) plans to delve deep into ‘Laudato si’ ‎through its newly established Climate Change Desk. FABC is organising Climate Change Regional ‎Seminars for each of its regions – South Asia, South-east Asia, East Asia and Central Asia – for the ‎purpose of raising awareness of both the scientific and moral reasons for protecting God's Creation.  ‎The FABC is also planning to set up an office dedicated to climate change in each National Bishops’ ‎Conference.  (Source: CBCP/AsiaNews)