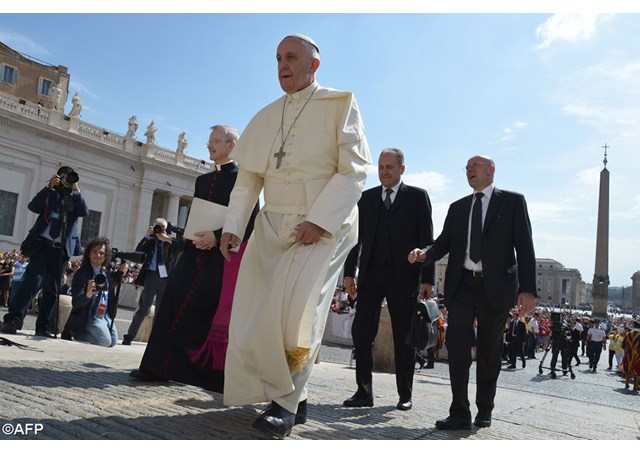 (Vatican Radio) Pope Francis asked the faithful and all persons of good will to receive his new Encyclical letter on the care of creation with open hearts. Speaking to pilgrims and tourists gathered for his weekly General Audience on the eve of the much-anticipated document’s official release, Pope Francis said, “Tomorrow, as you know, the Encyclical on the care of the ‘common house’ that is creation will be published.”

Pope Francis went on to say, “Our ‘house’ is being ruined, and that hurts everyone, especially the poorest among us.”

The Holy Father concluded, saying, “My appeal is, therefore, to responsibility, based on the task that God has given to man in creation: ‘to till and tend’ the ‘garden’ in which humanity has been placed (cf. Gen 2:15). I invite everyone to accept with open hearts this document, which places itself in the line of the Church's social doctrine.”