Day of the African Child: 16 June 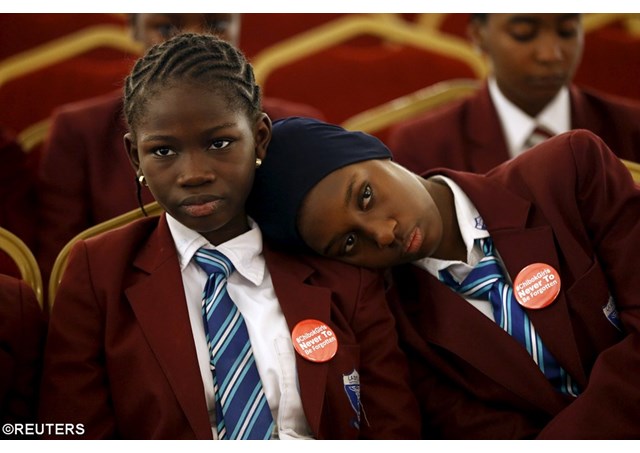 The Day of the African Child is commemorated every year on 16 June. The theme of this year’s day is dedicated to ending child marriage on the continent.

This occasion is firstly a commemoration to recall the 1976 uprising in Soweto, when a protest by school children in South Africa against apartheid–inspired education resulted in the public shooting of these unarmed young protesters by the police.

The Day of the African Child further presents an opportunity for nations to focus on the rights of children on the continent, to consolidate their efforts in addressing the obstacles for realising these rights. The day also provides an occasion for Governments, International Institutions and Communities to renew their on-going commitments towards improving the plight of children by organising activities in which children feel included.

Every year a theme is identified. The theme of this year is dedicated to ending child marriage on the continent, “25 Years after the Adoption of the African Children’s Charter: Accelerating our Collective Efforts to End Child Marriage in Africa.”

Africa has the second highest rates of child marriage in the world after South Asia. West and Central Africa in particular follow closely on the heels of South Asia with two out of five (41%) girls marrying before 18 years.

Child marriage is a complex issue that is driven by a number of factors in different societies. Child marriage has devastating and long term effects (health, education, psychological, emotional, mental etc.) on the life and the future of girls. It is human rights, gender, health and culture, as well as a development issue. The African Union considers this harmful practice of child marriage as a major hindrance to the development of the continent and this practice has to be faced if the continent is to be seen as progressive and ready to tackle the ever evolving dynamics of a changing world.