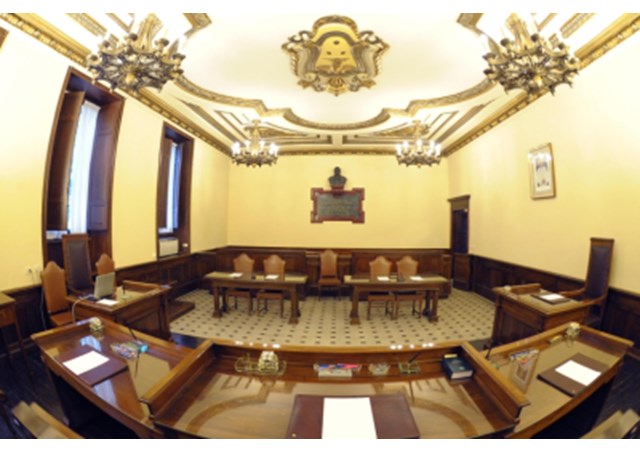 (Vatican Radio) The disgraced former Apostolic Nuncio to the Dominican Republic, Józef Wesołowski, has been ordered to stand trial in the Vatican, on charges he possessed child pornography and abused minors. The Charges stem both from his stay in Rome from August 2013 until the moment of his arrest (on 22 September 2014) and from the period he spent in the Dominican Republic, during the five years in which he held the office of Nuncio (24 January 2008 – 21 August 2013). A statement regarding the decision of the Tribunal of Vatican City State follows, below:

The President of the Tribunal of Vatican City State, Professor Giuseppe Dalla Torre del Tempio di Sanguinetto, by decree of 6 June 2015 in response to the request submitted by the Office of the Promoter of Justice, has ordered the trial of the former apostolic nuncio to Dominican Republic, Józef Wesołowski. The first hearing of the trial is scheduled for 11 July 2015. The ex-prelate is accused of a number of offences committed both during his stay in Rome from August 2013 until the moment of his arrest (on 22 September 2014) and in the period he spent in the Dominican Republic, during the five years in which he held the office of apostolic nuncio (he was appointed as nuncio to the Dominican Republic on 24 January 2008 and apostolic delegate to

With regard to the period spent in Rome, the nuncio is charged with the offence of possession of child pornography under Law VIII of 2013 introduced by Pope Francis. The allegations referring to the preceding period are based on evidence transmitted by the judicial authorities of Santo Domingo in relation to the sexual abuse of minors.

These serious allegations will be scrutinised by the competent judicial body which will be assisted by both technical appraisals of the IT systems used by the defendant and, if necessary, international legal cooperation for the evaluation of testimonial evidence from the competent authorities in Santo Domingo. This will be a delicate and detailed procedure, requiring the most careful observations and insights from all parties involved in the trial.