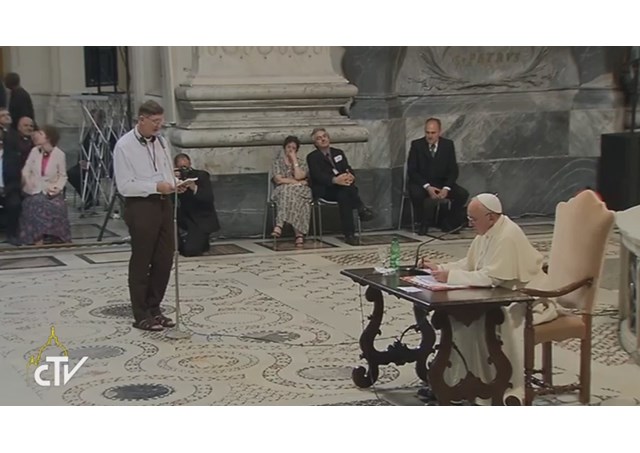 (Vatican Radio) The tenderness of God was the subject of Pope Francis’ homily at the mass during a retreat for priests, organized by International Catholic Charismatic Renewal Services and the Catholic Fraternity, held at St. John Lateran last night.

Recalling words of the book of Deuteronomy, he said the tenderness of God is best expressed in His closeness. Without the Lord, we do not know how to walk in the Spirit. “the omnipotent [who] lowers himself and teaches me to walk,” is an example of the tenderness of God, he said.

Speaking about the 23 Coptic Christian martyrs beheaded by Islamic militants in Libya in February, The Pope emphasized that these martyrs gave testimony to God’s accompaniment even in times of trial.  “They were certain that God did not abandon them,” he said.

He challenged the priests present to be ministers of the tenderness of God, asking that they leave the whip behind in the sacristy. This ministry of tenderness, “is a divine grace,” the Pope said.

At the end of the mass, Pope Francis spoke off the cuff before the final benediction thanking the priests for their participation. He urged them to return to their parishes with the tenderness and mercy that they have experienced.

He assured them that through the priests present, the faithful “will receive a great blessing of the holy Spirit.”