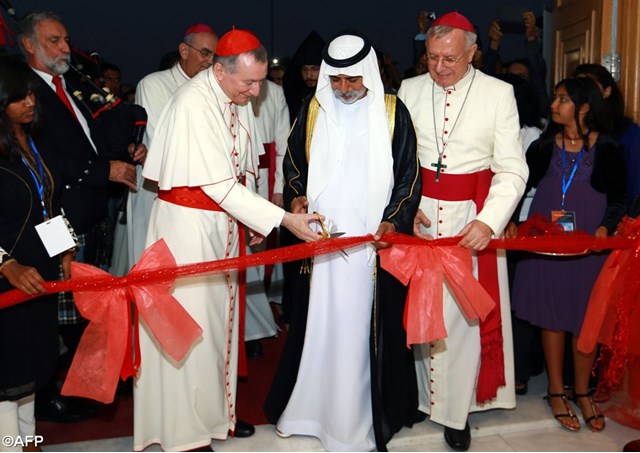 (Vatican Radio) The Vatican’s Secretary of State, Cardinal Pietro Parolin, on Thursday inaugurated the second Catholic Church to be opened in Abu Dhabi, one of the United Arab Emirates.

St Paul’s Church is in the Musaffah industrial area.  The emirate’s other Catholic Church is Joseph’s Cathedral in Al Mushrif.

“We thank the rulers for providing an attractive environment where Christians feel accepted and are able to live their own identity and to practice their religious beliefs,” said Bishop Paul Hinder, Apostolic Vicar of Southern Arabia. “The mission of the Church is to do everything possible to foster the human capital of the Christian faithful and to make them strong in the pursuit of truth and moral behaviour and thus able to better serve the country.”

There are nearly 1 million Catholics in the United Arab Emirates, mostly migrant workers from South and East Asia.