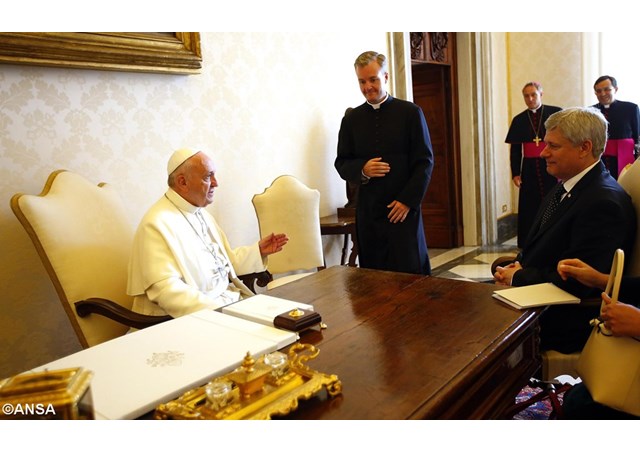 In the course of the cordial discussion, the good relations existing between the Holy See and Canada were recognized, as well as the positive spirit of collaboration and dialogue between the federal Government and the Church. In particular, Canada’s commitment to defend and promote religious liberty in the area of fundamental human rights was addressed.

At the conclusion of the conversation some questions of international politics were treated, with reference to Europe and the Middle East and the prospects of peace in that region, as well as the struggle against terrorism and questions related to the environment.