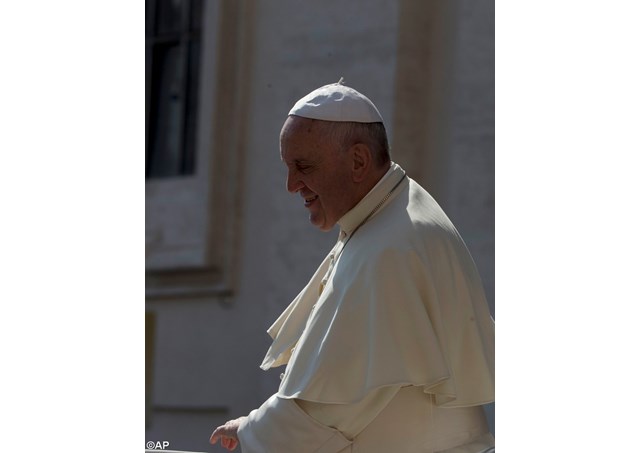 (Vatican Radio) Pope Francis has created a new Vatican tribunal section to hear cases of bishops who fail to protect children from sexually abusive priests. The head of the Vatican press office, Fr Federico Lombardi, made the announcement during a briefing on the work of the Council of nine cardinals which met with Pope Francis at his Santa Marta residence from Monday June 8th to Wednesday June 10th. Philippa Hitchen has the details:

The Pontifical Commission for the Protection of Minors presented a five point plan to the Pope and his closest advisors at this week’s meeting, including the establishment of a “new judicial section” to examine all cases of bishops accused of abusing their office and failing to report crimes committed by priests in their care. The new office will be set up within the Congregation for the Doctrine of the Faith which will be mandated to judge all such cases connected to the abuse of children and vulnerable adults.

Fr Lombardi said Pope Francis will appoint a Secretary and some permanent staff for the new department, which will have a five year period to develop and evaluate the effectiveness of these new procedures. The move marks an important step in the ongoing process to hold Church leaders accountable for the actions of abusive priests – something that abuse survivors have insisted is essential to both the healing and prevention efforts..

Also under discussion at the Council of Cardinals meeting this week was the ongoing financial reforms, presented by Australian Cardinal George Pell who heads the new Vatican Secretariat for the Economy. He spoke of three new working groups which have been set up to examine income and investments, another to manage human resources and a third to evaluate the effectiveness of the Holy See’s information technology systems.

The cardinals also heard a report from the director of the Vatican Television Centre, Msgr Dario Viganò who heads a new commission for the reorganization of Vatican communications. That commission is working on a restructuring plan for a gradual integration of the different media offices to take place over four years, without requiring job losses.

Finally the Council of Cardinals also discussed the Pope’s forthcoming encyclical on the environment due to be released on June 18th under the auspices of the Pontifical Justice and Peace Council. Bishops around the world have been sent some introductory and educational material to highlight and hopefully better promote what Fr Lombardi described as this “important event in the life of the Universal Church”.

The next meeting of the Council of Cardinals is scheduled to take place between 14th and the 16th September 2015.

In the afternoon session of 8 June 2015, the Council of Cardinals received a report from Cardinal Seán Patrick O'Malley, OFM Cap. with a proposal for the Holy Father regarding allegations of the abuse of office by a bishop connected to the abuse of minors, originally prepared by the Pontifical Commission for the Protection of Minors.  Cardinal O'Malley’s report also included a proposal regarding allegations of sexual abuse of minors and vulnerable adults by clergy.

For each proposal, the report indicated the general terms which define it, issues relating to procedure and to the Tribunal which judges the cases, as well as the advantages of the proposal compared with other possible solutions. The text concludes with a list of five specific proposals made to the Holy Father, which are listed below.  It is proposed:

1.  That because the competence to receive and investigate complaints of the episcopal abuse of office belongs to the Congregations for Bishops, Evangelization of Peoples, or Oriental Churches there is the duty to report all complaints to the appropriate Congregation.

2. That the Holy Father mandate the Congregation for the Doctrine of the Faith to judge bishops with regard to crimes of the abuse of office when connected to the abuse of minors.

4.  That the Holy Father appoint a Secretary to assist the Prefect with the Tribunal. The Secretary will have responsibility for the new Judicial Section and the personnel of the Section will also be available to the Prefect for penal processes regarding the abuse of minors and vulnerable adults by clergy.  This appointment will also follow the consultation with the Prefect of the Congregation.

5.  That the Holy Father establish a five-year period for further development of these proposals and for completing a formal evaluation of their effectiveness.