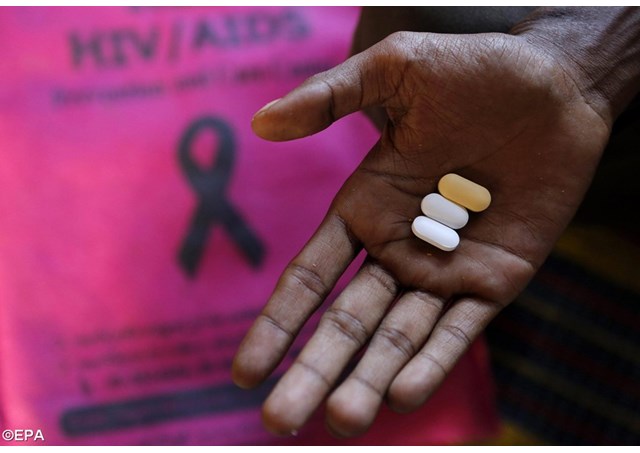 (Vatican Radio) The Vatican has called for waivers for the Least Developed Countries from certain obligations of intellectual property treaties in order to give them better access to essential medicines and vaccines.

Archbishop Silvano M. Tomasi, Permanent Representative of the Holy See to the United Nations and Other International Organizations in Geneva, said this particularly needed to help fight HIV/AIDS.

“Long-term sustainability of the local pharmaceutical industry would require the development of the internal capacity to manufacture generic formulations thus reducing dependency and the high import costs for obtaining  [pharmaceutical ingredients],” he said.  “In particular, there is a need to develop a second line HIV treatment which, a present, is more than double the price of the first line regime.”

The full text of Archbishop Tomasi’s intervention is below

Statement by H.E. Archbishop Silvano M. Tomasi, Permanent Representative of the Holy See to the United Nations and Other International Organizations in Geneva

I join previous speakers to congratulate you on your election. The World Health Organization (WHO) estimates that about one-third of the population lacks regular access to essential medicines and vaccines. It believes that 10 million lives could be saved annually if such resources were more readily available.

The Least Developed Countries (LDCs), as the poorest and weakest segment of the international community, are most vulnerable. The classification of LDCs is contingent on a number of key human development indicators, including levels of poverty, literacy and infant mortality. At the beginning of the Millennium, the Least Developed Countries enjoyed the strongest and longest growth rates since the 1970s, benefiting from sustained global growth, surging commodity prices and buoyant capital flows. Between 2000 and 2008, the average annual growth of this Group’s real gross domestic product (GDP) exceeded 7 per cent, raising hopes that some LDCs may be able to graduate from this category within the present decade. However, with the global financial crisis in 2008 and the drastic change in external conditions, LDCs have experienced a slowdown of economic activity. As a result, their economic growth has been much weaker during the past five years.  It has been well below the target rate of 7 per cent annual growth established in the Istanbul Programme of Action (IPoA) which is considered necessary for attaining the Millennium Development Goals (MDGs).

With the recovery of the global economy remaining slow and uneven, the LDCs faced a challenging international environment in 2013.  This sluggish global economic growth, which translated into weaker international demand for commodities and a consequent decline in their prices, adversely affected the economic growth and export performance of several LDCs. The outlook for the LDCs in the short and medium term remains uncertain. While global output is expected to strengthen moderately in the medium term, uncertainty about the pace and the strength of the recovery persists. A fragile and uncertain global recovery could hinder LDCs’ economic performance due to weak international demand and lower commodity prices. Adjusting to a changing external environment has always been a key challenge for these economies, but this is now exacerbated by a weak world economy and prevailing uncertainties. The less favourable external environment, coupled with LDCs’ weaker growth performance, suggests that achieving the MDGs, or the SDGs that are planned to succeed them, will be difficult.

As underlined in the Istanbul Program of Action, LDCs are the most “off-track” in the achievement of the internationally agreed development goals. Their productive capacity is limited, and they have severe infrastructure deficits .  In 2011, of the 34 million people living with HIV worldwide, some 9.7 million lived in LDCs. Of these, 4.6 million were in need of antiretroviral treatment (ART); however only 2.5 million had received it . Up to one-half of those deprived of treatment were expected to die within 24 months . In the 49 countries designated as LDCs by the United Nations, non-communicable diseases as well are rising much faster than in higher income countries.

Since 2000, there has been a noticeable decline in the number of new HIV infections in LDCs since 2000, as in the developing world as a whole, reflecting improvements in early diagnosis, access to treatment, nutrition, and responsible behaviour change. However, despite such improvements, the goal of universal access to anti-retroviral treatment is far from achieved and requires continuing investment and both health and community system strengthening.   Moreover, the deficiencies of  health systems in LDCs have been sharply highlighted during 2014 and 2015, in conjunction with the significant outbreak of the Ebola Virus Disease in Coastal West Africa. Such health emergencies  could jeopardize, or even reverse, the achievements of several LDCs in terms of human and economic development.

We have before us a critical opportunity to help LDCs to reach health and sustainable development goals and the failure to do so could put millions of lives at risk. Access to adequate healthcare, including affordable medicines, remains a key challenge in most LDCs. The current flexible intellectual property arrangements for LDCs are a crucial tool for improving health.  In fact, the flexibility agreed in TRIPS Article 66.1 has been accepted in recognition of the economic, financial, and administrative constraints preventing LDCs from immediate observance of all the obligations set out in the TRIPS Agreement. The general transition period may be useful in supporting the development of a strong chemical industry that could gradually move toward to production of API (Active Pharmaceutical Ingredient). Long-term sustainability of the local pharmaceutical industry would require the development of the internal capacity to manufacture generic formulations thus reducing dependency and the high import costs for obtaining APIs. In particular, there is a need to develop a second line HIV treatment which, a present, is more than double the price of the first line regime.  Moreover, the costs for a third line HIV treatment could be as much as 15 times the price of first line treatment. Clearly, in this context, the establishment of a pharmaceutical industry is particularly important.

As clearly stated by the TRIPs Agreement, a well-designed intellectual property system “should contribute to the promotion of technological innovation and to the transfer and dissemination of technology, to the mutual advantage of producers and users of technological knowledge, in a manner conducive to social and economic welfare, and to a balance of rights and obligations” .

In conclusion, Mr. President, the Holy See Delegation hopes that a sense of common responsibility, as shown in the decision adopted, will bring us all to recommend to the General Council a waiver for LDCs from obligations under Articles 70.8 and 70.9 of TRIPS for as long as they remain LDCs.