Pope: marriage between man and woman, no to gender ideology 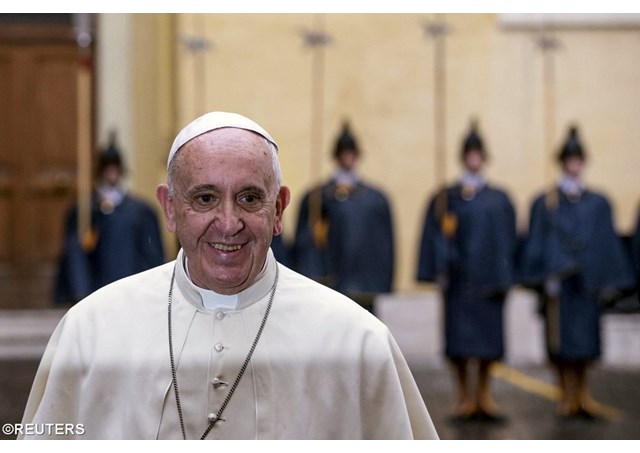 (Vatican Radio)  The challenges facing the Church in Puerto Rico were under the spotlight in the Vatican on Monday as Pope Francis met with the bishops of the Caribbean archipelago.

Stressing the need to focus on the pastoral care of the family, Pope Francis also spoke of the challenge of gender ideology in his prepared remarks which were handed to the bishops during the audience .

In his discourse, the Pope again invites the Church to distance itself from ideologies and political trends and asks the Church leaders to bind together to address the many problems facing the Caribbean country and U.S. territory.

The sacrament of marriage is one of the Latin American people’s most important treasures, the Pope says, and it must be defended. He urges them to emphasize family pastoral ministry in order to counter "serious social problems" such as "the difficult economic situation, migration, domestic violence" and  "unemployment, drug trafficking and corruption."

No to gender ideology, protecting the complementarity between men and women

The complementarity between a man and a woman is being questioned by the so-called gender ideology in the name of a freer and more just society, the Pope observes. In fact, he warns, the differences between men and women are not a question of “opposition or subordination but rather of communion and generation… always in the image and likeness of God." Without mutual giving- he adds - neither can have an in-depth understanding of the other.

Bishops are united to face the country's problems

The Pope invites the Church leaders not simply to pray but also to reach out in friendship and “fraternal aid" to address the many serious problems facing Puerto Rico. And, he warns them against "wasting energy in divisions and clashes." "The more intense the communion…the more it favors the mission," he says.

Pope Francis encourages the bishops to distance themselves from any ideologies or political trends that can “waste their time and a real passion for the Kingdom of God." Because of its mission, he points out, the Church is not tied to any political system so that it may always safeguard the transcendence of the human person.

Be merciful pastors, care for vocations

The bishop, the Pope affirms, "is a model for his priests and motivates them to always seek spiritual renewal and rediscover the joy of leading his flock in the great family of the Church." In view of the forthcoming Jubilee Year of Mercy, the Pope therefore asks bishops and priests to be "servants of God's forgiveness, especially in the Sacrament of Reconciliation.  To have good shepherds , he notes, one must start with the seminaries so that they can generate an adequate number of vocations. And, he urges the faithful of Puerto Rico,  in particular associations and movements, to cooperate generously in proclaiming the Gospel in every environment including the most hostile and alienated from the Church.