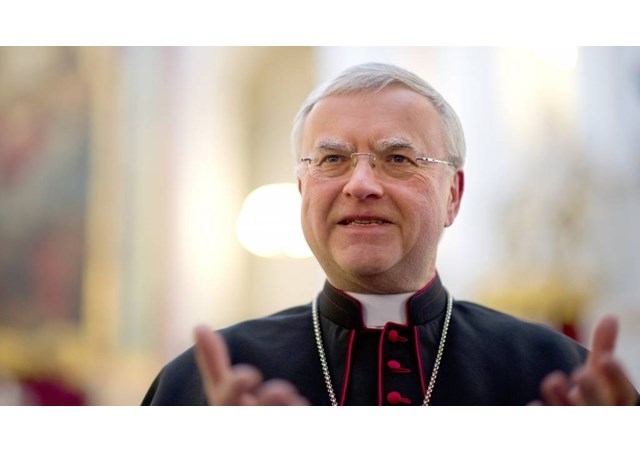 Bishop Heiner Koch was born June 13, 1954 in Duesseldorf, in the archdiocese of Cologne.  He studied theology in Bonn and was ordained a priest on 13 June 1980.

From 1980 to 1983 he served as vice-parish priest in the parish of St. Martin in Kaarst. From 1983 to 1985 he was chaplain to the youth in the deanery of Neuss and from 1984 to 1989 in charge of university campus ministry in Düsseldorf. At the same time he was assistant vicar in St. Paul parish and obtained a doctorate in theology at the University of Bonn.

In 1989 he was appointed Rector of the church Mariä Himmelfahrt in Cologne and in 1992, Director of Pastoral Care for  the Archbishop's Curia.

In 1996 he was awarded the title of Prelate of Honor of His Holiness, and in 1998 was named Canon of the Metropolitan Chapter of Cologne. Since 2002 he has also served as Pro-Vicar General and Secretary General of the Organizing Committee of the XX World Youth Day in Cologne.

On 17 March 2006 he was elected Titular Bishop of Ros Cré and Auxiliary of the Archdiocese of Cologne, receiving episcopal ordination on May 7th.

On 18 January 2013 he was transferred to the residential home of Dresden-Meiβen.