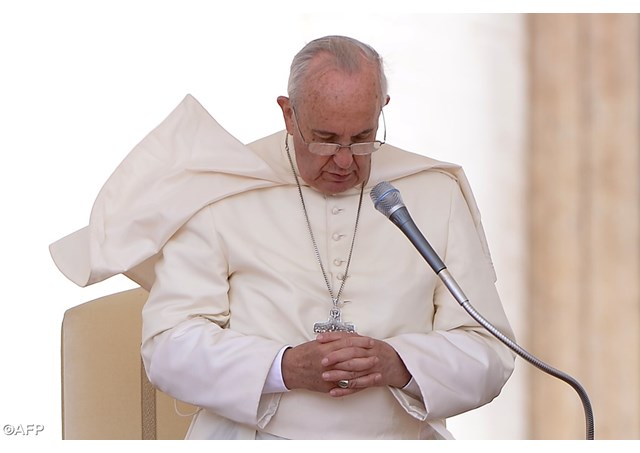 (Vatican Radio) The many Christians who are being persecuted in our times "are martyrs" Pope Francis said on Wednesday, at the end of his General Audience.

The Holy Father praised an initiative of the Italian Bishops’ Conference (CEI) to make a special remembrance, on the Vigil of Pentecost, of the many “brothers and sisters” who have been exiled or killed for no other reason than being Christian. He expressed his hope that the moment of prayer for the new Christian martyrs would increase the recognition that “religious liberty is an inalienable human right.”

Pope Francis also said he hoped Saturday’s time of prayer and remembrance would “increase sensitivity to the plight of Christians persecuted in our day” and help “put an end to this unacceptable crime.”