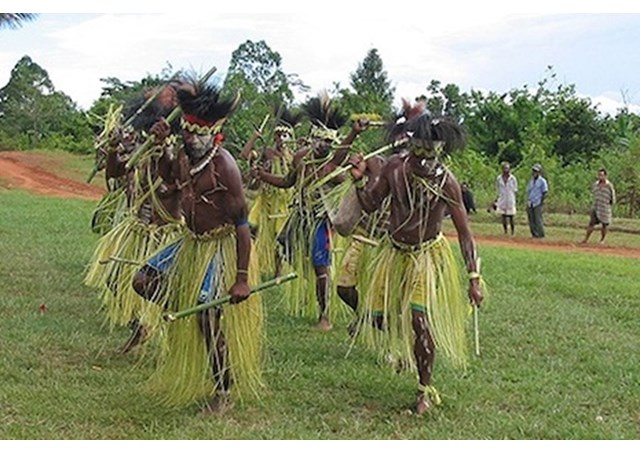 (Vatican Radio) The recent spate of earthquakes in Papua New Guinea has highlighted the potential tsunami threat in the Solomon Sea between Bougainville, New Britain and the New Guinea mainland. In the last 6 weeks there have been over 25 earthquakes in the region.  Michael Cornell interviewed Phillipa Jenkins, a natural resources researcher on Papua New Guinea, from the Australian National University about the situation.

This week the Pacific Tsunami Warning Centre issued a tsunami warning after a 7.4Mw earthquake near Kokopo, with a 50 centimetre tsunami reaching the coast of the Gazelle Peninsula in East New Britain. This earthquake caused damage to infrastructure such as power supplies and bridges near Kokopo.

Earthquake and tsunami preparedness has been encouraged by the Papua New Guinean Prime Minister Peter O’Neill, who stated that the island regions have to be “particularly vigilant” of the tsunami threat. O’Neill called on local leaders to “ensure [they] communicate with [their] people and in particular continue to educate children on the warning signs”. Some warning signs of a tsunami for coastal areas include; an earthquake, the sea receding beyond normal low tide mark, or a louder than usual wave roaring sound.

The last major tsunami to hit Papua New Guinea from a local earthquake was in 1998 a 7.1 Mw earthquake off the coast of West Sepik Province caused an undersea landslide resulting in a 10m tsunami. Over 2200 people lost their lives between the villages of Aitape and Sissano. Papua New Guinea was also hit by the 2011 Japanese tsunami causing K5m in damage to Boram General Hospital after one metre high waves inundated the low-lying area in Wewak.