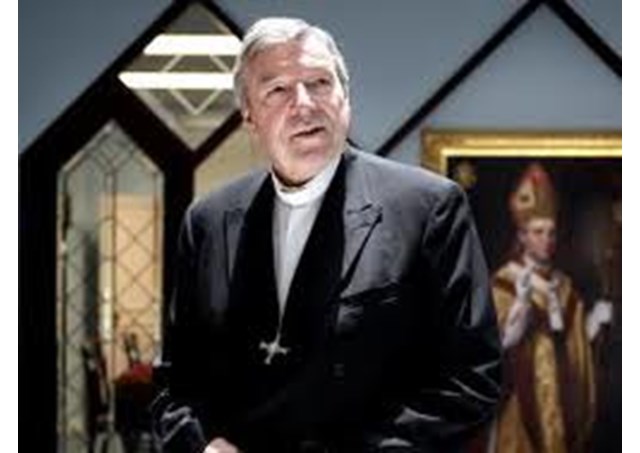 (Vatican Radio) Cardinal George Pell has praised the efforts of participants in an historic international gathering of Christian and Jewish leaders in Israel to mark the 50th anniversary of the promulgation of the Conciliar declaration Nostra aetate, on the Church’s relation to non-Christian religions.

Sponsored and organized by the Neocatechumenal Way, and conducted in Israel from May 4-7, the meeting brought together 120 Rabbis from all over the world, along with 7 Cardinals, 25 Bishops and 50 Priests, who met with initiators of the Neocatechumenal Way, Kiko Argüello, Carmen Hernandez, and Fr. Mario Pezzi, as well as some itinerant catechists of the post-Conciliar movement founded by Argüello and Hernandez in the slums of Madrid in the mid-60’s.

The Prefect of the Secretariat for the Economy offered his praise in a homily he delivered during Mass celebrated at the closing of the three.day event. “Together we have a great mission in front of this generation who seems to have lost its way to truth and life,” he said.

Below, please find the full text of Cardinal Pell’s prepared remarks, in English

First of all, I am truly grateful to the Lord to share in this meeting with you, who come from all over the world, and, above all, it gives me great joy to be with our “older brothers”, as Pope John Paul II said in the synagogue of Rome, and our “fathers in faith,” as Pope Benedict used to say.

This year marks the 50th anniversary of the Second Vatican Council’s document Nostra Aetate, which was a milestone in the relationships between the Catholic Church and the Jewish world.

“The Church – we read in Nostra Aetate – cannot forget that she received the revelation of the First Testament through that people with whom God in His ineffable mercy established the First Covenant. Nor can she forget that she draws sustenance from the root of that good olive tree onto which have been grafted the branches of the wild olive-tree, the goyim. The Church keeps ever in sight the words of the Apostle Paul about his brothers: ‘theirs is the adoption and the glory, the covenant, the Torah, the worship and the promises’” and all these immense gifts, Pope John Paul II asserted in the synagogue of Rome, have never been revoked!

This concert, taking place during these days in which we remember also the 70 years that have passed since the end of the Holocaust, makes us to reflect on the many sufferings and injustices caused by false ideologies, which befell the innocent. Why so much pain? Why does all this happen, we ask? How has man arrived at this point? This is a mystery of iniquity! When, in a society, evil rises without any limits, we are reminded of the prophet Ezekiel’s sword, which has appeared many times in history.

While I was listening to this symphony I thought about the words which John Paul II – now a Saint – addressed on the 24th of March 2000 on this very mountain to thousands of young people from the Neocatechumenal communities of 72 nations. On that occasion, the Pope spoke of Mount Sinai, where the Ten Words of life were revealed to the Chosen people, and of the Sermon on the Mountain pronounced here by Jesus.

Today, we hear, again what the saintly Pope said: “Blessed are the violent, blessed those who prosper at any cost, who do not have any scruples, who are without mercy, dishonest, who make war instead of peace and persecute those who are an obstacle in their way… No, it is not true! Blessed are you who seem to be losers because you are the true winners…” and he concluded: “Now at the dawn of the third millennium it is your turn to go out into the world and to announce the message of the Ten Commandments and of the Beatitudes”.

For this reason, the water flowing on the words of life at the entrance to the library announce that these words are source of life for our times. Together we have a great mission in front of this generation who seems to have lost its way to truth and life.

I wish to tell you that I appreciate immensely this important initiative promoted by the Neocatechumenal Way. I have known the Way for many years from when I was in Melbourne and Sydney as Archbishop and I can verify personally to its great fruits.

The Neocatechumenal Way is born of the II Vatican Council, and at its centre, the brothers and sisters listen to the Word of God: Shema Israel, as we have just sung together. This immersion in the Scriptures leads to the rediscovery of the Jewish roots of Christianity and, therefore, to a great love of the Jewish people from whom all these gifts come to us.

I can assure you that Pope Francis also has a great appreciation and esteem for the Way as he demonstrated at the last meeting on 6 March in the Paul VI Hall in the Vatican. On that occasion, he sent 32 groups missio ad gentes, formed from numerous families of the Neocatechumenal communities with many children to a host of Gentile nations in the five continents – including China, Vietnam, Cambodia – and he said “this Way is a true gift of Providence!”

The Pope reaffirmed the mission of the Way: “How much loneliness, how much suffering, how much distance from God in many peripheries of Europe, of America and in many cities of Asia. How much need has today’s man in every latitude to hear that God loves him and that love is possible… awaken the faith!”

I think that this is the true meaning of this historic meeting: to help modern man open himself to Transcendence. We ask the Lord to send us His Spirit so that the Chosen People may be faithful to His call and, in this way, support the mission of the Church to bring to the whole world the blessing of Abraham: in you will be blessed all the nations of the world!