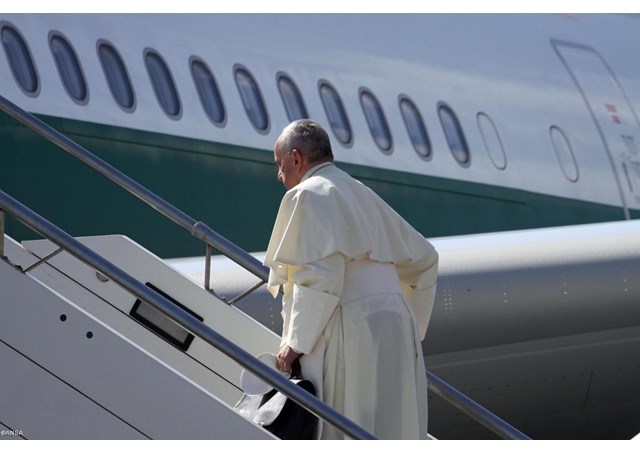 (Vatican Radio) Pope Francis will travel to Latin America from 5 to 13 July.

A press release issued on Friday by the Vatican illustrates the programme of the Pope’s Apostolic visit which will take him to Ecuador, Bolivia and Paraguay.

After his departure from Rome’s Fiumicino Airport, the first leg of the Pope’s journey will unfold in Ecuador where he is scheduled to spend time in Guayaquil where the Sanctuary of Divine Mercy is located, and in the capital city Quito from where he will depart on Wednesday, July 8.

During this part of the visit he will meet with religious and civil authorities, he will preside at two open-air Masses, he will meet the youth and visit and old-age home set up by the Missionaries of Charity before setting off for Bolivia.

After his arrival at the capital La Paz, he is scheduled to meet with the President and other civil authorities before travelling to Santa Cruz de la Sierra which is situated in Eastern Bolivia and is one of the fastest growing cities in the world.

Here he will preside at Mass, participate in the World Meeting of Popular Movements and visit a Rehabilitation Centre before departing for Asunción in Paraguay on Friday, July 10.

In Asunción he will be welcomed by the President and the diplomatic corps before going on to visit a children’s hospital and the impoverished Banado Norte area which is frequently flooded by the rise of the Paraguay river.

During this third and last leg of his voyage, Pope Francis will also meet with the youth, the bishops and representatives of civil society; he will celebrate Mass in front of the Marian Sanctuary of Caacupé and in the city of San Lorenzo which was originally a Jesuit field known as Ñu Guazú.

Pope Francis is scheduled to depart from Paraguay in the evening of Sunday, July 12.

He will arrive at Rome’s Ciampino Airport on Monday, July 13 in the early afternoon.

This will be Pope Francis’ 9th Apostolic journey abroad.

He will be the first Latin American Pope to visit Ecuador, Bolivia and Paraguay.