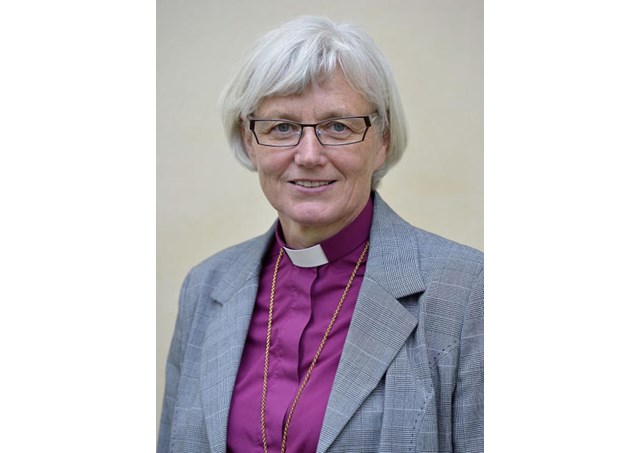 (Vatican Radio) Catholic-Lutheran dialogue was under the spotlight in the Vatican on Monday as Pope Francis met with the head of the Church of Sweden and Archbishop of Uppsala Antje Jackelén. Originally from Germany, Archbishop Jackelén is Sweden’s first foreign-born archbishop since the 12th century and the first female head of the Church there. Philippa Hitchen reports….

The importance of actively promoting Christian unity, the impact of the forthcoming joint commemoration of the Reformation and the need to work together on behalf of the poor and marginalized. Those were among the key themes that Pope Francis focused on in his words to Archbishop Jackelén, noting that the Vatican II document, 'Unitatis Redintegratio', half a century ago, invites all Catholics to read the signs of the times and overcome the divisions that cause scandal and hinder the preaching of the Gospel.

While there is still much work to be done, the Pope said he hoped the 2017 commemoration of the Reformation and the recent joint document ‘From Conflict to Communion’ may encourage Lutherans and Catholics to take further steps towards full unity of sacramental life and ecclesial ministry.

In particular Pope Francis spoke of the need for a common commitment of Christians towards those who are most in need, building on the shared witness of our persecuted brothers and sisters. Key contemporary questions of the dignity of human life, family and sexuality must not be ignored, he said, out of fear of endangering the ecumenical consensus that’s already been achieved.

Finally the Pope added his personal thanks to the Lutheran Church in Sweden for its welcome of so many South American migrants who fled from the dictatorships on that continent during past decades.