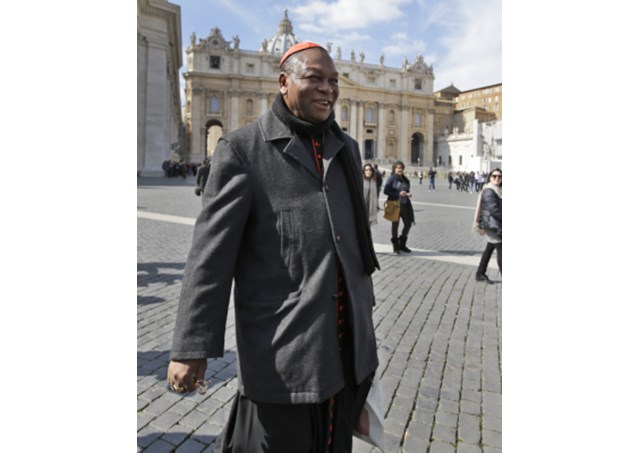 (Vatican Radio) The Archbishop of Abuja,  Cardinal John Onaiyekan, said the industrialized world needs to take the lead in tackling carbon emissions, and not try to force poorer countries to “stay where they are.”

The Cardinal was speaking on Tuesday on the sidelines of a workshop on climate change being held at the Vatican.

Listen to the Vatican Viewpoint featuring the full interview with Cardinal John Onaiyekan:

“The rest of the world will have to recognize and acknowledge the needs of the poor countries in this whole discussion, because despite all that we are saying about reducing carbon emission, we are only talking about reducing, not eliminating - which means even America, China, Russia, Europe, they are all still throwing carbon emissions into the air - so they should allow a small country like Nigeria to start its own factories,” he said.

The meeting, sponsored by the Pontifical Academies of Science and Social Sciences, brought together scientists, political leaders, and religious figures to talk about climate change, and the Sustainable Development Goals being proposed by the United Nations.

Cardinal Onaiyekan told Vatican Radio the “first duty” of religious leaders is to be “properly informed,” and praised the presentations.

“We begin to realize that since this affects every living people on the earth, the religious people have their own role to play,” he said.

He said it was their duty to speak about “the danger that is hanging over everybody”, not only to their own congregations, but also to those who make policy decisions.