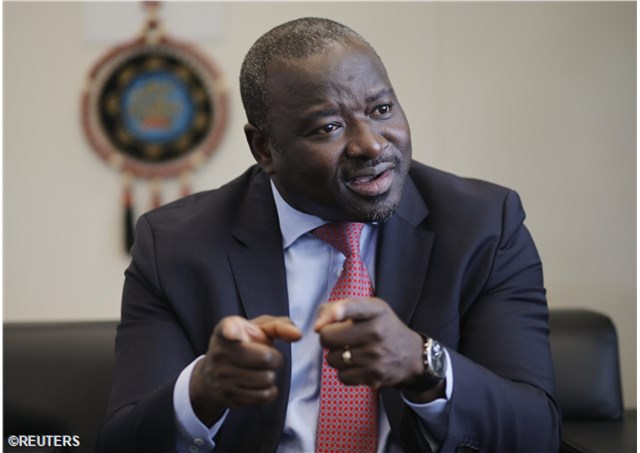 (Vatican Radio) Among the notables present at Wednesday’s General Audience in St. Peter’s Square, was the Executive Secretary of the Comprehensive Nuclear Test-Ban Treaty Organization, Dr. Lassina Zerbo of Burkina Faso. “Having this General Audience to engage Pope Francis and his ministry in [the push for] banning nuclear test explosions is indeed a privilege,” Dr. Zerbo told Vatican Radio in an exclusive interview following the Audience.

The Comprehensive Nuclear-Test-Ban Treaty (CTBT) bans nuclear explosions by everyone, everywhere: on the Earth's surface, in the atmosphere, underwater and underground. Negotiated in Geneva between 1994 and 1996, the CTBT counts one hundred eighty-three signatory countries, of which more than one hundred sixty have also ratified it, including three of the declared nuclear states: France, Russia, and the United Kingdom.

Click below to Chris Altieri's extended conversation with Dr. Lassina Zerbo of the CTBT Organization

Before the CTBT can enter into force, however, forty-four specific nuclear technology holder countries must sign and ratify. Of these, eight are still missing: China, Egypt, India, Iran, Israel, North Korea, Pakistan and the United States. The CTBT advocacy leader told Vatican Radio that religious believers have a role to play in making the treaty’s goals a reality, and that Pope Francis is setting an example for religious leaders. “I was touched by Pope Francis thanking me for the work we do to ban nuclear testing, and asking me to pray for him,” Zerbo said. “It’s a solid message,” he continued. “We need different religious groups to be able to reach out to their followers and get them to understand some of the main issues of this world today, and Pope Francis is doing this, and we expect others to do it.”