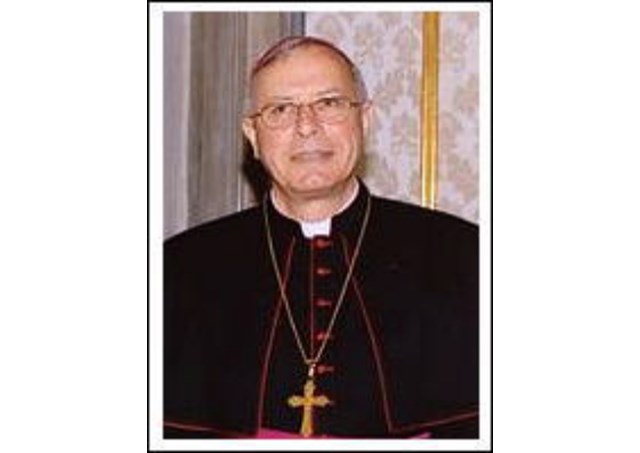 Not often mentioned in the mainstream news, the situation of Catholics in the area.

The Catholic Church in the United Arab Emirates, Oman & Yemen' does her very best in this dark hour, to continue to be a good shepherd to her flock in the Arabian Peninsula. The Apostolic Vicariate of Arabia goes back to 1888 and was originally established by the Capuchin Franciscans of Lyons, France.  Today around 55  priests and 60  sisters, assisted by trained volunteer catechists, serve around 1 million Catholics in the Vicariate.

Bishop Paul Hinder, a Capuchin priest, is the Apostolic Vicar of Southern Arabia since 2005, based in Abu Dhabi. He told Vatican Radio's Geneva correspondent, Chris Peshken, a 'humanitarian pause' called for by the United Nations is still theoretically possible, despite the grave and rapidly deteriorating situation:

BISHOP HINDER: (ja) … it could be accomplished, the problem is if the people want to do that, and there I have some doubts, because it seems that Saudi Arabia with it allies is not willing to do that for the time being. It depends on the political will of this people or strategic will to give this break that it would  be possible.

PESCHKEN:  Now right in the middle of this armed conflict, namely in the city of Sana is one of your parishes located  'Mary Help of Christians'. Are these people safe?

BISHOP HINDER: You have to know first of all this parish is an invisible because its located in a villa which we have rented since many years , there is not a real church there , in the basement of the villa people are gathering for the liturgy and for their prayer meetings. At the present time very, very few Christians remained, respectively foreigners, because they have all been told to leave the country, and most of them actually have left the country. The question is not  'are the Christians safe?', the question is 'what is happening to the people a a whole?' because they are no signs that in Yemen there would be something particularly against the Christians  but because of the war situation all the foreigners have been told, especially also the Indians, which are the majority also of   our people, to leave the country.

PESCHKEN: Your Excellency, do you have any message of encouragement to Christians or to people in the Middle East in general?

BISHOP HINDER: We have celebrated only a few days back the mystery of the death and resurrection of our Lord, and I think in that message itself is the encouragement for … the Christians that we should never give up whatever happens because there is someone real stronger then every political power, and that is the strength of the risen Lord, and I can only tell them you are not alone, there are many, many in the whole world who are caring for you, but of course our means are limited except except the incredible means we have in the prayer  and in the solidarity of our faith.

PESCHKEN: Bishop Hinder is grateful to the authorities of the United Arab Emirates, Oman and Yemen for their generosity and good will in allowing the faithful of the Catholic Church to freely practice their faith. He says: “The Catholic Church who hold fast to the teachings of Jesus Christ,  aims to be a peaceful people who contribute to the growth of the nations in which we exist.”