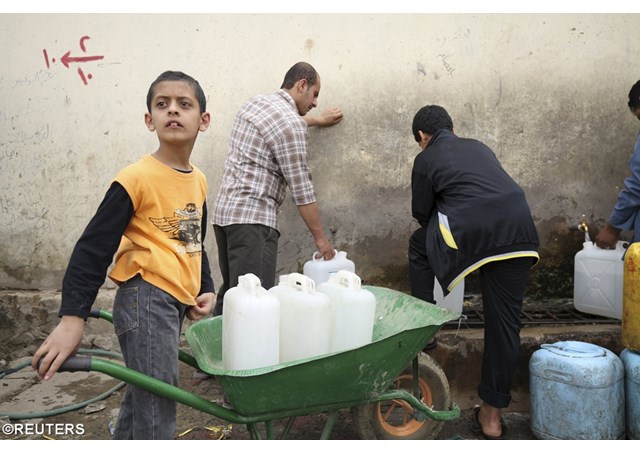 (Vatican Radio)  The British charity Oxfam has appealed for an end to the fighting in Yemen and the opening of borders to allow in desperately-needed humanitarian aid. Nuha is Oxfam’s Programme Manager in Yemen and she told Susy Hodges that the humanitarian situation there is a disaster and getting worse each day as basic commodities run dangerously low, due to the closure of land, sea and air routes into the nation.

Listen to the interview with Nuha of Oxfam speaking from the Yemeni capital, Sanaa:

Nuha described the current humanitarian situation in Yemen as “a disaster,” especially given that even before the escalation of the fighting, more than half the population - 10 million Yemenis - were already going hungry every day and were dependent on aid. She said supplies of basic commodities in Yemen are getting dangerously low and risk running out. Asked about the mood of the civilians, Nuha said people are very frightened but explained that they cannot flee the fighting because of the blockade of land, sea and air routes into the country. “There’s no exit for them and nowhere is safe.”

'Whole country is in a catastrophe'

Turning to the situation in the hospitals, Nuha said conditions there are very chaotic and there is a lack of doctors and nurses and medicines to treat the injured, especially because the security situation is so dangerous with people “risking their lives” every time they go out into the streets. This lack of security because of the fighting and frequent air strikes, she explained, means that humanitarian workers are unable “to reach the people in need.”  “The whole country is in a catastrophe at the moment.”