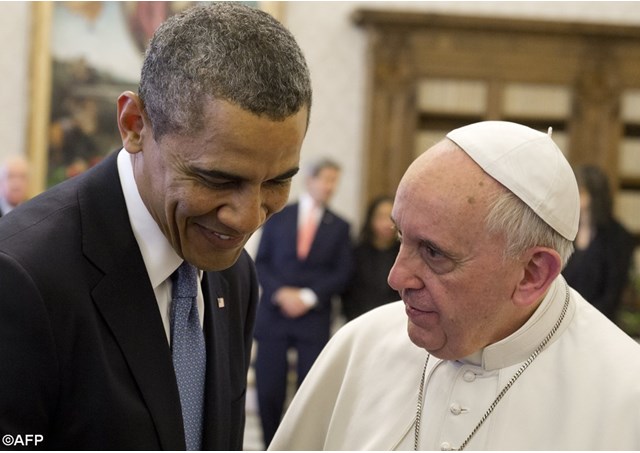 The meeting will take place in the White House, and the statement said President Obama and Pope Francis would discuss several issues of mutual interest, including “caring for the marginalized and the poor; advancing economic opportunity for all; serving as good stewards of the environment; protecting religious minorities and promoting religious freedom around the world; and welcoming and integrating immigrants and refugees into our communities.”

The statement said President Obama “looks forward to continuing this conversation with the Holy Father during his first visit to the United States as pope.”

Pope Francis and President Obama met for the first time at the Vatican on March 27, 2014.

It has already been announced Pope Francis will address a joint session of the United States Congress on September 24.

After visiting Washington, Pope Francis’ trip to the United States will take him to New York City, where he will address the United Nations General Assembly on September 25, before he heads to Philadelphia for the World Meeting of Families from September 26-27.