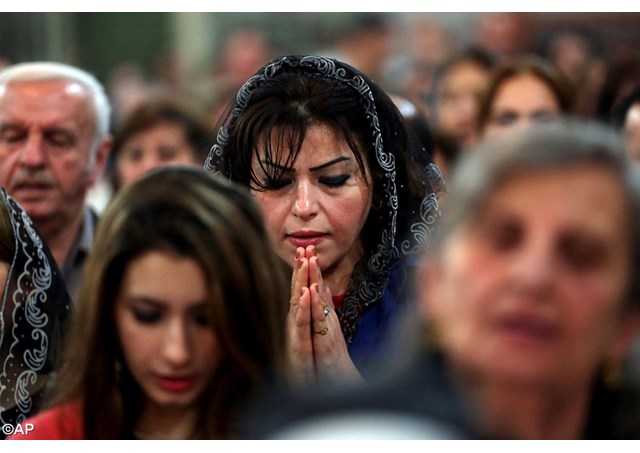 (Vatican Radio)   Pope Francis has expressed his concern for Christian families and other victims of violence who have been expelled from their homes and villages in Iraq.  Tracey McClure has more:

A statement issued Friday by the Holy See’s Press Office says the Pope is particularly concerned about those from Mosul and the Nineveh Plains, many of whom have found refuge in Iraqi Kurdistan.  The press statement further says the Holy Father is praying for the victims and hopes that they will soon be able to return to their former lives in their homeland where for centuries they have lived in good relations with their neighbours.

In this coming Holy Week these families particularly share in the injustice and sufferings of Christ, and as a sign of unity, Cardinal Fernando Filoni, Prefect of the Congregation for the Evangelization of Peoples, will return to Iraq to be with the expelled families and to pray with them during this time of suffering.

The Diocese of Rome will be taking up a special collection in parishes, and in a sign of solidarity, will be sending traditional Italian cakes to the persecuted families of Iraq so that they may be able to share in the joy of Easter.

The statement ends by saying that Holy Father would also like to express his closeness to suffering families in northern Nigeria.  The Holy Father has also asked the local Episcopal Conference to join with him in extending a similar sign of solidarity with those families.