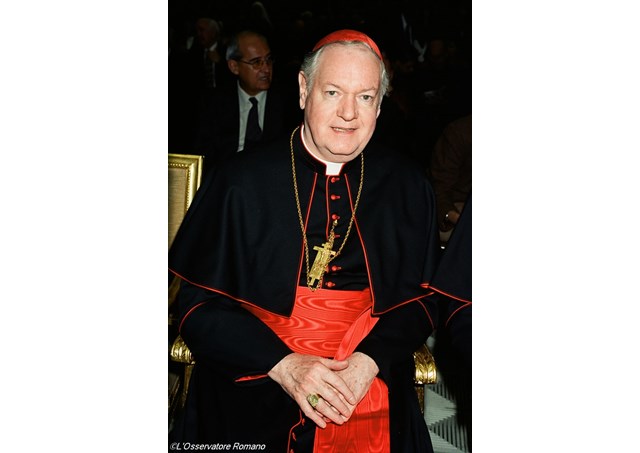 (Vatican Radio) The Archbishop-emeritus of New York, Cardinal Edward M. Egan, passed away on Thursday, at the age of 82.

A native of Oak Park, Illinois, Edward Egan was ordained to the priesthood for the Archdiocese of Chicago in December of 1957, after several years of study at Mundelein Seminary and later the Pontifical North American College in Rome.

It was at the NAC that Cardinal Egan met and forged a lifelong friendship with Monsignor Roger C. Roensch, of Milwaukee. In an exclusive interview with Vatican Radio, Msgr. Roensch remembered his classmate as a man with a great capacity for friendship, which often escaped the attention of those, who knew his public persona. “I guess the public does not really realize, or know, the personal friendship and kindness of ‘Ed’ Egan,” said Msgr. Roensch. “He went out of his way to keep in touch with the class,” Msgr. Roensch went on to explain, telling us that Cardinal Egan even hosted the class reunion just this past June.

Pope Francis offered condolences in a telegram to Cardinal Egan’s successor, Cardinal Timothy Dolan, in which he remembers Cardinal Egan as a “noble soul” who, in addition to years of service as a bishop, also gave, “distinguished service to the Apostolic See,” and made, “expert contribution to the revision of the Church's law in the years following the Second Vatican Council.”

According to Msgr. Roensch, an ethos of service and an ability to give direction to other people’s talents and inclinations were always hallmarks of Cardinal Egan’s character. Msgr Roensch recalled the generosity with which, as a seminarian, the man who would become the Cardinal Archbishop of New York would share his gifts of erudition and intellect with his fellows. “He was loved by all of our classmates,” he said.