Holy See to UN: Countries should strive to end the death penalty 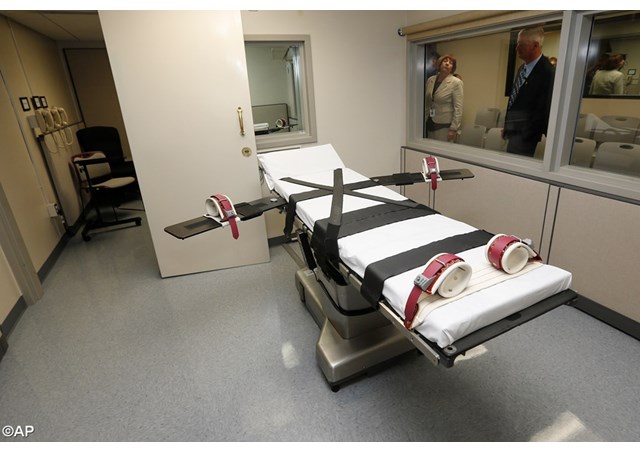 (Vatican Radio) The Holy See on Wednesday declared “bloodless means” are capable of defending the common good and upholding justice, and called on States to abolish the death penalty.

“As for those countries that claim it is not yet feasible to relinquish this practice, my Delegation encourages them to strive to become capable of doing so,” Archbishop Tomasi said.

The full text of Archbishop Tomasi’s intervention is below

at the 28th Session of the Human Rights Council

“The Question of the Death Penalty”

The position of the Holy See on this issue has been more clearly articulated in the past decades.  In fact, twenty years ago, the issue was framed within the proper ethical context of defending the inviolable dignity of the human person and the role of the legitimate authority to defend in a just manner the common good of society.[1]  Considering the practical circumstances found in most States, as a result of steady improvements in the organization of the penal system, it appears evident nowadays that means other than the death penalty “… are sufficient to defend human lives against an aggressor and to protect public order and the safety of persons.”[2]  For that reason, “public authority must limit itself to such means, because they better correspond to the concrete conditions of the common good and are more in conformity to the dignity of the human person.”[3]

Political and legislative initiatives being promoted in a growing number of countries to eliminate the death penalty and to continue the substantive progress made in conforming penal law both to the human dignity of prisoners and the effective maintenance of public order are moving in the right direction.[4]

Pope Francis has further emphasized that the legislative and judicial practice of the State authority must always be guided by the “primacy of human life and the dignity of the human person.”  He noted as well “the possibility of judicial error and the use made by totalitarian and dictatorial regimes… as a means of suppressing political dissidence or of persecuting religious and cultural minorities.”[5]

Thus, respect for the dignity of every human person and the common good are the two pillars on which the position of the Holy See has developed. These principles converge with a similar development in international human rights law and jurisprudence. Moreover, we should take into account that no clear positive effect of deterrence results from the application of the death penalty and that the irreversibility of this punishment does not allow for eventual corrections in the case of wrongful convictions.

My Delegation contends that bloodless means of defending the common good and upholding justice are possible, and calls on States to adapt their penal system to demonstrate their adhesion to a more humane form of punishment.  As for those countries that claim it is not yet feasible to relinquish this practice, my Delegation encourages them to strive to become capable of doing so.

In conclusion, Mr. Chairman, the Holy See Delegation fully supports the efforts to abolish the use of the death penalty. In order to arrive at this desired  goal, these steps need to be taken: 1) to sustain the social reforms that would enable society to implement the abolition of the death penalty;  2) to improve prison conditions, to ensure respect for the human dignity of the people deprived of their freedom.[6]

[5]  Pope Francis, Address to the Delegates of the  International Association of Penal Law, 23 October 2015, nos. I and  IIb.