Pope: a society that discards the elderly carries within a deadly virus 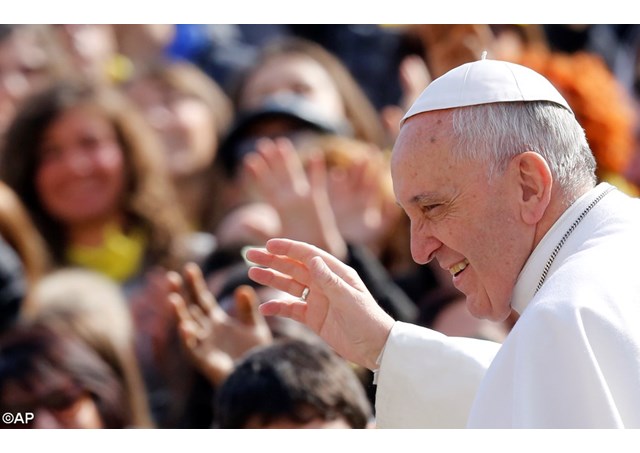 (Vatican Radio) “Where the elderly are not honoured, there is no future for the young”. This was the powerful message delivered by Pope Francis during his catechesis on Wednesday, devoted to the elderly.

Speaking to the crowds gathered in St Peter’s Square for the weekly General Audience the Pope continued in his series of teachings on the family, focusing this time on the role of grandparents.

Reflecting on the fact that life expectancy has increased in modern societies, Francis denounced a widespread lack of respect and consideration for the elderly and their dignity.

Recalling the words of Benedict XVI during a visit to an old age home when he said: “The quality of a society, I mean of a civilization, is also judged by how it treats elderly people and by the place it gives them in community life”, Pope Francis reiterated: “It is true, attention for the elderly is what makes the difference within a civilization”.

Nowadays, he said, people tend to live longer, but often our societies not only fail to make room for the elderly, but even consider them a burden.

And recounting an anecdote dating back to when he was Archbishop of Buenos Aires, Pope Francis told of how when visiting an old age home, he stopped to chat to one of the guests and asked her how her children were doing: “Well” answered the old woman. “Do they come to visit you?” he said. “Oh yes, always” she replied. “And when was the last time they came?” he continued. “At Christmas” she said. “It was August… Eight months without a visit from her children – this Pope Francis said is a mortal sin.”

“It’s is a mortal sin to discard our elderly”. The Pope insisted: “The elderly are not aliens,  we are them, in a short or in a long while; we are inevitably them, even although we choose not to think about it”.

“If we do not learn to look after and to respect our elderly, we will be treated in the same way” he warned.

“A society where the elderly are discarded carries within it the virus of death” he said.

And calling the issue a major challenge for Western societies which are marked on the one hand by aging populations and on the other by a cult of youth efficiency and profit which tends to discard everything not considered productive or useful, Pope Francis said that because of the vulnerability and special needs of the elderly, especially of those who are ill or alone, they call for particular attention and care.

But rather than a burden – he said – they are, as the Bible tells us, a storehouse of wisdom.

The Church, Francis pointed out, has always accompanied the elderly with gratitude and affection, making them feel accepted and part of the community.

The Church, Pope Francis concluded, cannot accept degenerations such as the ones that see elderly people abandoned and marginalized: “where the elderly are not honoured there is no future for the young”.