Poet 'stands with voices' of tortured in Lent-inspired poems 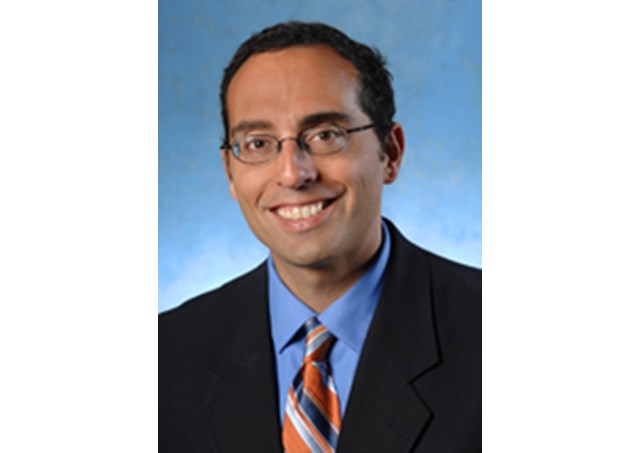 The English professor at the Jesuit-run John Carroll University in the United States released his latest book of poetry, “Sand Opera,” earlier this year.  The book began as a Lenten practice, in which he read and meditated on torture testimonies from Abu Ghraib prison.

Listen to the Interview:

“I thought of it as a Lenten project because the way in which the torture itself echoes for me the greater story of Lent and Easter season, the great pains that Jesus endured and His death,” he said.

In “Sand Opera,” Metres crafts the survivors’ testimonies into verse, hoping to give sound to brave words often unheard or ignored.

“In the process of working with [the testimonies], finding language in them that seemed to resonate and vibrate, I began to, in some sense, read and write the testimonies at the same time,” he said. “I felt that the work of the poetry might be to amplify or stand with those voices.”

With this meditative pulse beneath his poems, Metres reveals the sacred in the profane corners of the human condition. Metres described the book as “a kind of theodicy; why do human beings do evil things to each other?”

While the bulk of “Sand Opera” may unsettle the reader, with its graphic images, Metres bookends the discord with two religious poems.  Metres wrote the final poem, “Compline,”  during the course of an Advent meditation on Scripture. In his poem, Metres  imagines Isaiah’s prophecy  of turning “swords into ploughshares” in a contemporary key.

“Every Kevlar & suicide vest & unpiloted drone raining fire/ On wedding parties will be burned as fuel in the dark season,” he writes.

The second half of “Compline” gives way to an image of God as an infant. In retrospect, Metres said, the poem draws on the Christmas story: “Mary and Joseph having this child and the supreme vulnerability of an infant, in a world of migrancy, of war, of empire and, at the same time, these infants with all their vulnerability, [have] an amazing power—the love that they draw from their parents.”

For more on Philip Metres and his book “Sand Opera,” go to: http://philipmetres.com/books/

Interview and report by Andrew Summerson