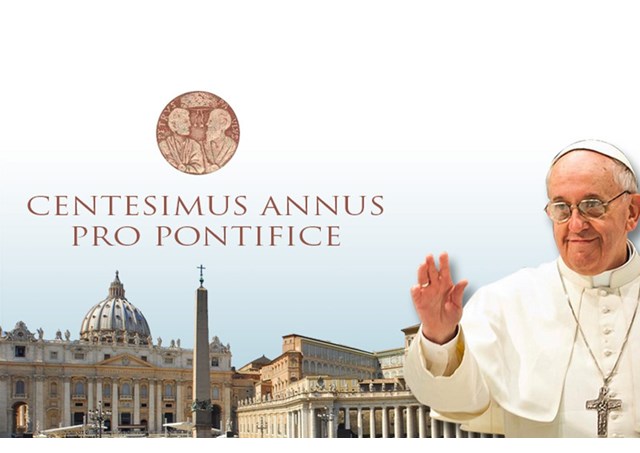 (Vatican Radio) French economist and author Pierre de Lauzun is the winner of this year’s “Economy and Society Award” of the Centesimus Annus – Pro Pontefice Foundation.

He was selected in particular for his 2013 book dedicated to a Christian perspective of finance from medieval banking to contemporary financial models: "Finance. Un regard chrétien. De la banque médiéval à la mondalisation financière".

The prestigious international Award was announced today at a press conference in the Vatican.

During the event presided over by jury members, the winners of the “youth” section of the Award were also announced along with their theses focusing on the importance and influence of the Social Doctrine of the Church on international relations, and on scientific debate.

Owing its name and birth to Saint John Paul II’s 1991 Encyclical “Centesimus Annus” – the Foundation’s main aim is to promote and raise awareness of Christian Social Doctrine among professionals whose work has an impact on society.

That’s why economist and banking expert Pierre de Lauzun’s three-part volume, with its reflection on the Holy Scriptures and economical issues; its spotlight on the contributions of Church Doctrine during the period of recent Popes in the area of finance; and its observations on the need for long-term vision, was the Jury’s prime choice for the 2015 Edition of the Prize.

Luazun, who has worked for decades in the financial and banking sector, is described as a person who cannot be called a scholar who confines himself to the library, but rather a person who has enhanced his professional experience with deep political, cultural and religious expression.

His award-winning book offers no easy answers, but underlines that rules imposed on the market with the ultimate task of ensuring the common good need to depend on the morality of the human agents, and that in the long term, morality allows for greater freedom.

The Foundation “Centesimus Annus – Pro Pontifice" owes its name and birth to the Encyclical “Centesimus Annus” published by Pope John Paul II on May 1st, 1991.The connection reveals CAPP’s inspiring idea and purpose:heartfelt endorsement of papal social teachings and committed support to the Holy Father’s charitable initiatives.The Foundation chose to add the words “Pro Pontifice” out of admiration and gratitude for the Holy Father’s ministry as Teacher and Universal Shepherd.