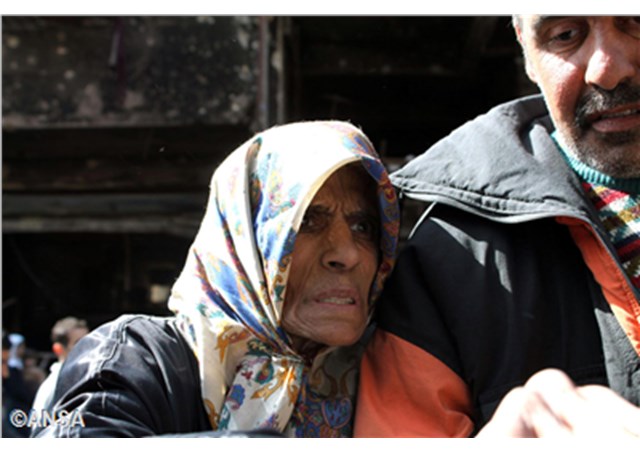 (Vatican Radio) Although he is in retreat in the hills of Rome, immersed in Lenten Spiritual Exercises, Pope Francis is following the situation in Syria with deep concern.

Speaking to Vatican Radio, Archbishop Mario Zenari, the Apostolic Nuncio in Damascus, says "the Pope is constantly adjourned of developments and his prayers are tuned to the suffering of the people".

A three-day offensive this week has seen at least 220 people abducted by so-called Islamic State militants, most of them from Assyrian Christian villages in the north east.

Not only the Christians are afraid - Archbishop Zenari says – and those who have the possibility to do so are fleeing the region.

He says that the perception of the people is that they have been abandoned by the International Community because there have been no tangible changes to the situation as yet.

Zenari expresses his belief that measures that have been undertaken to isolate the fundamentalists such as freezing bank accounts, cutting off provisions and fuel and tracking down potential Jihadists in Europe must continue.

The Archbishop describes the situation as one of the most serious humanitarian catastrophes after the Second World War, and he says: it is under the eyes of all!

"The civil conflict must be halted but so must the advance of the so-called Caliphate" he says.

Yes because, Zenari says, we are dealing with two different fronts: “the civil war front which has been going on for almost five years, a conflict which has killed over 200,000 people, has injured more than a million and displaced 11 million; and then there are all the terrible things that are happening in the areas under the control of the so-called Islamic State: two different fronts, the one worse than the other!” he says.