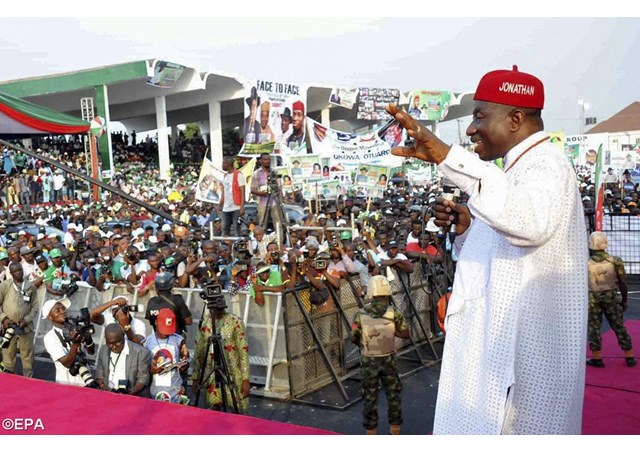 I have listened to many presidential, governorship and parliamentary house candidates. When a candidate appears in a community to campaign what you hear is often embarrassing: “My maternal grandmother’s village is next to your community so would you rather not have me, who is your own, than vote for a total stranger?”

Consider the resources put into these electoral campaigns. Many farmers, workers and business people are daily pulled out of work to gather in stadia, school fields, village squares for hours waiting for a candidate to address them. And when finally the candidate arrives, this is the kind of thing you hear.

It is almost too late now to change the tone of the election campaigns. The elections are almost here.

My main worry is that of post-election violence and war. Elections should be events that come and go. Elections offer electorates all over the world the opportunity to decide who leads them. Human and material resources are not wasted in the manner we do here in Nigeria. In other societies, the electorates are not threatened to vote for a particular candidate. I do not know where we get our own brand of democracy. It has reached the level where the ordinary Nigerian wishes that we did not have to go through elections so that we can live in peace.

I hope we do not degenerate to the point where citizens begin to long for military rule. The process of choosing our civilian leaders is fraught with so much danger: People get killed, houses are burnt; threats of war and arson; families are scattered and some private schools even close. We are not trying to elect a god who will rule over our lives forever but a human civilian leader whose tenure is for only period of time. These fears are real because of past experiences with post-election violence.

Let us examine the reality again. The reality is that we are not at war but only trying to elect political leaders. The political class knows how to relate very well with each other.

We, the ordinary people are the unfortunate cannon fodder. Our reward? Bottles of beer and hot drinks distributed at campaign grounds. We are the ones given cigarettes and sometimes, hard drugs. We are the ones transported in trucks and open pick-up vans to campaign grounds. We are the ones who are taught and indoctrinated to get angry because “our own” has been cheated if he loses the election. We are the ones who are made to be angry at each other. Whose house is burnt? It is the house of the poor people who struggle to survive with their families. Who are those that get killed? It is the same poor innocent people who dare come out to vote. The homes and properties of the big politicians are never touched. The many cars in their fleet are never torched. It is the taxi of the struggling taxi driver that is always burnt. But what is his crime? It is because he does not belong to the tribe of the losing candidate.

After the 12 June 1993 bungled election project in which the late Moshood Abiola of the Social Democratic Party (SDP) was said to be in the lead, the Armed Forces Ruling Council (AFRC) annulled the entire election. Mayhem broke out in the country. Then military President, Ibrahim Babangida (IBB), who annulled the election, was not harmed as ordinary Nigerians were felled by the bullets of state agents in what is today known as the Abiola riots. Yet many families lost breadwinners and livelihoods in those riots. Families were forced to relocate to their villages where it was safe for them. The same thing happened after the 2011 elections –the city of Kaduna and some Northern states went up in flames.

What post-election violence has done to Nigeria is that we are now more conscious of where we come from. We have been made to realise that we are not one and are not welcome and safe in certain parts of the country. It is unfortunate.

As we go to the polls to elect our leaders for the next four years, we should not turn our polling stations into pools of blood. We are not enemies.

We are only electing our leaders not gods. We are only doing elections not fighting war. May we be here for another round of elections in 2019 in a peaceful Nigeria!