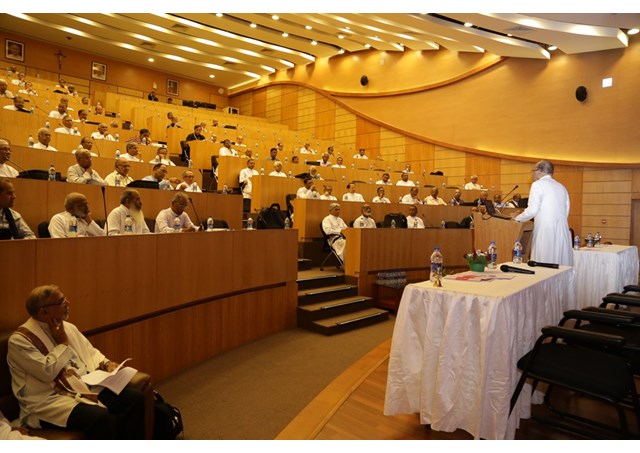 The Indian government has apologized to a top Catholic Church official in the country for refusing visas to two Vatican officials traveling to address a meeting of the India’s Latin rite bishops. "(A) senior officer from the Ministry of External Affairs called me up a short while ago and apologized for denying visas to the archbishops (from the Vatican)," Cardinal Oswald Gracias, Archbishop of Bombay, told Catholic News Service on Thursday.   "The government has also assured that it will investigate what went wrong," said Cardinal Gracias, the president of the Conference of Catholic Bishops of India, the association of India’s Latin-rite bishops.  The cardinal regretted that visas were denied to Archbishop Arthur Roche, secretary of the Congregation for Divine Worship and the Sacraments, and Archbishop Protase Rugambwa, secretary of the Vatican Congregation for the Evangelization of Peoples and president of the Pontifical Missionary Societies. The two were trying to arrive in India for the 27th Plenary Assembly of the CCBI, at St. John’s National Academy of Health Sciences in Bangalore, ‎Feb. 3-9.  Archbishop Roche addressed the Bangalore gathering via video teleconference and answered several questions from the participating bishops. "We are happy that the government has acknowledged and responded to our anguish," Cardinal Gracias said at the end of the two-hour session.  Although both Vatican officials had applied for a visa in mid-December, the application was pending until the last minute, and the denial was communicated to them shortly before their departure to India, Father Stephen Alathara, CCBI deputy secretary-general told CNS.  (Source: CNS)