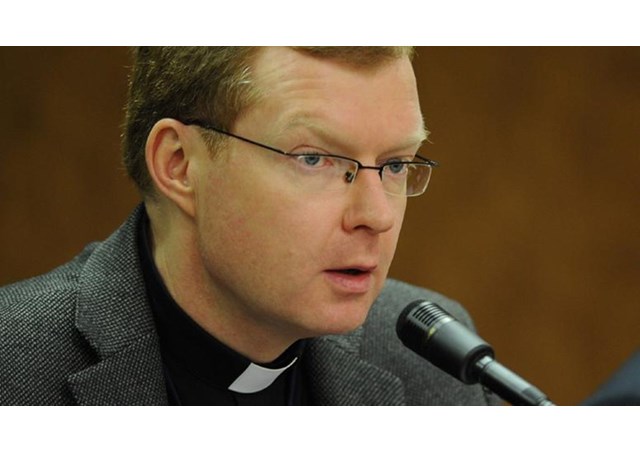 (Vatican Radio) Child protection experts from five continents began talks in the Vatican on Friday at the first full meeting of the Pontifical Commission for the Protection of Minors. The 17 member Commission was established by Pope Francis in 2014 and includes a range of professional men and women, together with survivors who were sexually abused by priests during their childhoods.

One of the founding members is German Jesuit Father Hans Zollner, head of the Institute of Psychology at Rome’s Gregorian University and director of its Centre for the Protection of Minors. He talked to Philippa Hitchen about the huge challenges facing the Commission and about the difficulties of tackling the broader issues of abuse of power within the Church today..

Fr Hans says the Pope has already started the process of looking into the abuse of power in different sectors so he has “put his finger in a wound that has been there for many years” and which reappears over the centuries in the Church….

As Catholics and Christians, Fr Hans says, we have a special responsibility to live authentically what we profess, adding that “it’s one of the major driving forces behind all the reform process that is going on, including the issue of looking at sexual abuse and its roots in the Church”….

Asked about the work of the Pontifical Commission, Fr Hans says it’ll be interesting to meet with members from the five continents, bringing a “language and a world of experience which is different from each other”. Fr Hans notes there are issues that need to be addressed urgently in parts of Africa, such as the abuse of power and the abuse of women, including women religious, by priests. It’s also important, he says, to find the right language to speak about these problems because in some Asian cultures there is so much denial that “sex abuse is an absolute taboo and cannot even be mentioned by the media”.

Asked about accusations of how slowly the work of the Commission is proceeding, Fr Hans says it has no legal or juridical competencies but rather an advisory body to the Holy Father, to the different parts of the Holy See and to local bishops conferences. “It’s not a quick fix topic,” he stresses, and you can’t expect a culture that has developed through hundreds of years can be “detected, analysed and solved within five years or so”.

Certain problems, Fr Hans adds, must be addressed immediately, such as the accountability of bishops, the need to listen to victims and how to deal with offenders. But the most important task, he believes, is working towards “a change in attitude where it becomes normal for seminarians, pastoral workers, catechists, teachers, nurses working in Catholic institutions, that safeguarding of minors is of utmost importance to the Church”.

In some countries, Fr Hans concludes, this work decades ago, but in other countries – including European countries like Poland, Croatia or Hungary  – the conversation is only just beginning. But Pope Francis, he says, has put this issue on his top priority list and bishops have to deal with it now.