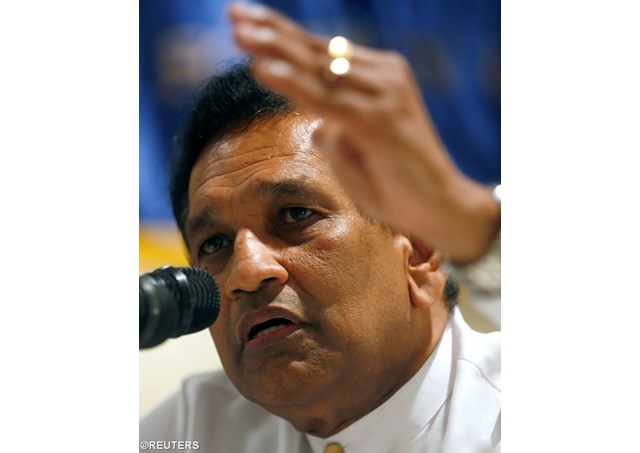 Sri Lanka's new government plans to return private land seized by the military in the civil war-ravaged north and release several hundred detainees, a minister said, in an apparent move toward reconciliation with ethnic minority Tamils.  Cabinet Spokesman Rajitha Senaratne told reporters late Wednesday that the government of new President Maithripala Sirisena will ease its military presence, and that unlike the previous administration of President Mahinda Rajapaksa‎ that was defeated in the Jan. 8 election, does not believe military action alone can prevent a resurgence of the rebels.   ``Especially for the north, we don't think we need all that security. Our entire concept will be different,'' he said. ``About the lands in the north ... we have already decided whatever acquired for business purposes, other than the security purposes, to give back to the owners.''   He said the administration of former President Mahinda Rajapaksa, which defeated the Liberation Tigers of Tamil Eelam in the civil war, was always concerned about a resurgence of the group.  ``We don't think you can stop an LTTE resurrection (just) with an army,'' he said. ``So spending on security will be very moderate.''

Government forces crushed the ethnic Tamil rebels in 2009. Since then Tamils have complained that they have been further isolated by policies of the Sinhala-dominated government. Tamils say the military continues to hold private land which it occupied during wartime, and has also acquired more land since the fighting ended, ostensibly for security purposes. They accuse the military of cultivating the land and running hotels and other businesses, including a golf course.

Senaratne told reporters that the government is reviewing the cases of 275 Tamils detained for long periods on suspicion of rebel involvement. He said most were detained on mere suspicion and for minor offenses.  He said the government will launch a domestic inquiry into allegations of war crimes by both government troops and the rebels during the war. The rebels used child soldiers and were accused of other atrocities during more than two decades of fighting for a separate state, while government troops were accused of random violence, especially in the last few months of the war when they overran rebel positions.

The U.N. Human Rights Council is already investigating the allegations and a report is scheduled to be released in March. However, the new government has said it will not allow an international investigation to be conducted in Sri Lanka because the nation has not signed the relevant conventions.

On Thursday, Senaratne said the government has ordered an investigation into allegations that some soldiers were planning to inflame ethnic tensions in an attempt to oust the new government. He said a group of officers who back Rajapaksa were collecting and training a group of 400-500 soldiers to attack army camps in the north posing as Tamil civilians, with the intent of creating a backlash in the ethnic Sinhala-majority south.  (Source: AP)