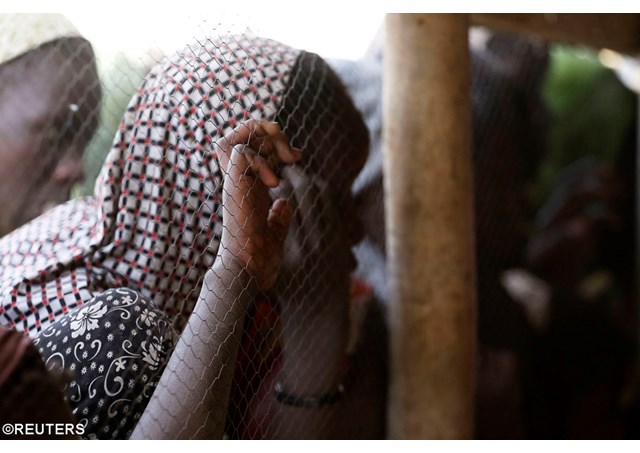 Confirming that Boko Haram militants have attacked the strategically important north-eastern city of Maiduguri, with dozens reported dead and thousands displaced, the Archbishop of Jos in Plateau State, told Vatican Radio that up until now militants have been attacking and occupying villages around Maiduguri, but that the government is obviously unable to halt the fighters or provide protection for civilians who could find themselves trapped with nowhere else to turn.

On Sunday the Islamist militants reportedly captured the north-eastern town of Monguno.

Archbishop Kaigama says the situation is “very dangerous and  very disturbing, because once they capture Maiduguri, the capital of Borno State, then you can be sure that all of the areas around will easily fall to them”.

Asked whether the international community should step in diplomatically and favour dialogue, Archbishop Kaigama says this situation has nothing to do with dialogue because “we are dealing with a group that has lost all rationality and kills people at will”.

“Whether they are Christians or Muslims, they kill them indiscriminately” he says.

Dialogue, he says, “cannot happen in such circumstances”. Therefore, the Archbishop says Nigerians are relying on intelligence networking and on proper equipment to provide security by the Nigerian Government and if possible by the international community.

“At this point dialogue is impossible because you need to people who are reasoning together to dialogue” he says.

“I am quite surprised at that because the people are still dying and being displaced so if the government cannot adequately control the violence, I think there is need for international assistance” he says.

The country is looking forward to Presidential elections in February, but Archbishop Kaigama speaks with disillusion as regards an outcome with positive effects on the situation.

He talks of a “feverish election campaign” that sees all candidates vying only for power. What we are telling them – he says – is that becoming powerful is not a priority and that they “should be politicians who are willing to serve Nigeria. That they should use politics as a tool for social development and progress”.

Unfortunately, Archbishop Kaigama points out that in Nigeria, politics seems limited to acquiring wealth and power and not to serving the people. “Politics is not used for the purpose intended” he says.

“We are telling those who are asking us to vote for them to remember that what is uppermost and very crucial and essential is that Nigerians should live in peace, have enough food and medical care and all that. If that is their priority we are together” he says.

But, he says: “most or our politicians don’t see the common good and the interest of Nigerians as number one priority. They see themselves and their positions in power as the primary considerations. We hope that this will change”.

The Archbishop says that Boko Haram exploits the many loopholes in the Nigerian system: “when we lack political unity, religious unity, ethnic unity then it is easier for Boko Haram to penetrate and achieve the kind of negative results they are achieving”.

He says there is an urgent need to come together as ‘One people, One nation’ as was demonstrated in France “when there was an attack and 17 people were killed”.

He notes that the French went beyond their religious affiliation, their cultural situation and were able to speak with one voice against terrorism

“This is needed in Nigeria. To go beyond politics, beyond our narrow religious confines, beyond our narrow ethnic groups and really uphold the common good and speak out against evil, against terrorism, against inhumanity and be together as one people. This is what we desire now”.