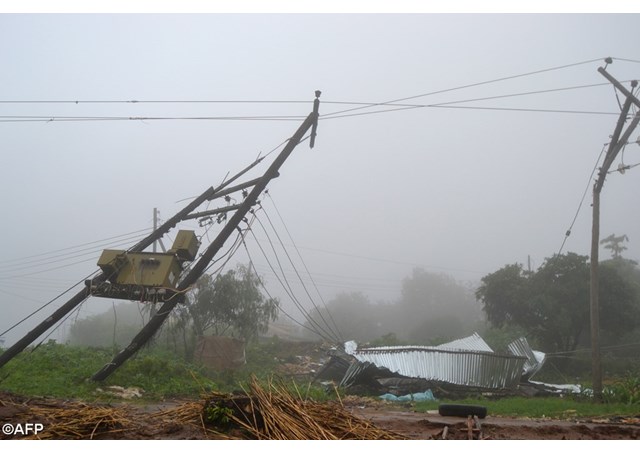 Following Malawian President Peter Mutharika's declaration on 13 January 2015 that 15 districts in the country are disaster areas, Pope Francis through the office of Apostolic Nunciature in Malawi has conveyed a message of solidarity to the people of Malawi through Archbishop Thomas Msusa, Vice President of the Episcopal Conference of Malawi (ECM). The message was forwarded to ECM by the Apostolic Nuncio to Malawi, Archbishop Julio Murat.

In his statement to Archbishop Msusa, the Apostolic Nuncio stated, “I would like to forward you the message of His Holiness Pope Francis on the tragic consequences of heavy rains in Malawi.”

The message signed by Cardinal Pietro Parolin, Secretary of State at the Vatican reads:

"His Holiness Pope Francis, informed of the tragic consequences of the heavy rains in Malawi, has asked me to convey his closeness and solidarity to you and the Catholic faithful, and all beloved people of Malawi. He assures you of his prayers for the victims, their families and all affected by this catastrophe. The Holy Father invokes God’s blessings of strength and perseverance upon those engaged in the massive work of relief, and he expresses his fervent hope that the international community will respond generously and effectively to the needs of the suffering. To all, as a pledge of hope and peace in the Lord, he sends his blessing."

At least 200 people are reported killed by floods and tens of thousands evacuated in what has been branded the worst flooding on record in the Southern African nation.

Apart from killing about 200 people, the floods have also displaced at least 200,000. Others left homes and schools submerged in water. Several roads have been washed away by the deluge.