Pope Francis blesses the lambs on the feast of St. Agnes 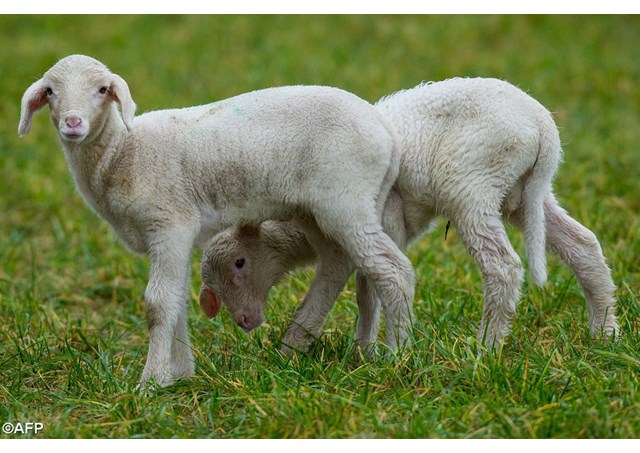 (Vatican Radio) Pope Francis marked the Feast of St. Agnes with a centuries-old rite: the blessing of the lambs, from whose wool the Pallium will be made.

As per tradition, the small lambs, traditionally less than a year old, were carried to the Casa Santa Marta, where the Pope blessed them in the atrium, in baskets.

Come summer these same lambs will be shorn to supply the wool from which religious sisters will weave the Pallium.

Agnes means “lamb” in Latin. The saint of the same name was a martyr of the early 4th century, known for her consecrated virginity, she was killed as a young girl  for refusing to worship pagan gods.

She is buried in the Basilica named for her, located on Rome’s Via Nomentana. To symbolize St. Agnes’ purity, when being blessed by the Pope  one of the lambs wears a crown of white flowers, while the other wears a red floral wreath to recall her faithful witness even unto death.

The Pallium are white wool stoles, decorated with six black crosses worn by Metropolitan Archbishops around their necks as a symbol of their authority and unity with the Pope.

Once woven they are guarded in an urn at the tomb of St Peter until the Pope presents them to newly-appointed Metropolitan Archbishops on June 29, the feast of Sts. Peter and Paul.