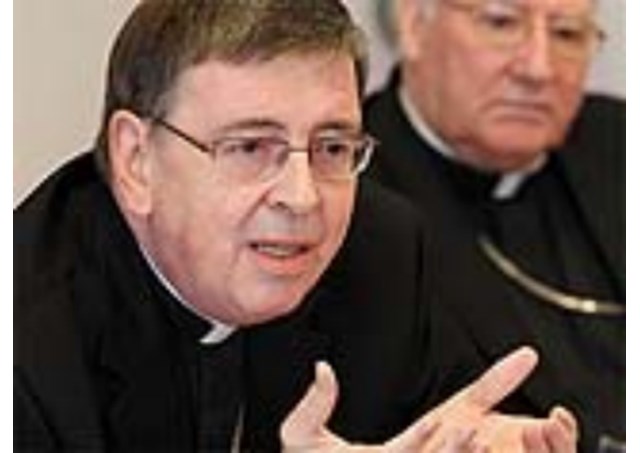 (Vatican Radio) The Lutheran World Federation (LWF) and the Pontifical Council for Promoting Christian Unity (PCPCU) will jointly host an ecumenical event in the fall of 2016.

According to a press release from the organizers, this is a continuation of the process "From Conflict to Communion" and to express the joint gifts received through dialogue, particularly in anticipation of the 500` Reformation anniversary in 2017. 2017 also marks 50 years of ecumenical dialogue between the LWF and the Roman Catholic Church.

Within the framework of the forthcoming Week of Prayer for Christian Unity, it is important for the LWF and PCPCU to communicate to the wider ecumenical constituency that they have begun deliberations on the details of the event that comes a year before the global Reformation anniversary.

The joint event in 2016 will highlight the solid ecumenical developments between Catholics and Lutherans which are captured in their joint report From Conflict to Communion - Lutheran-Catholic Common Commemoration of the Reformation in 2017.

Published in 2013 by the Lutheran - Roman Catholic Commission on Unity, From Conflict to Communion is the first attempt by both dialogue partners to describe together at international level the history of the Reformation. The report identifies the theological issues at stake during the 16th century Reformation and traces their ecumenical progress. The document also includes five ecumenical imperatives for dialogue and joint witness_ It also provides a basis for the joint preparation of liturgical material to be offered to both Catholic and Lutheran churches around the world.

From Conflict to Communion builds on decades of theological work between Catholics and Lutherans, including the Joint Declaration on the Doctrine of Justification, which was signed by the LWF and PCPCU on 31 October 1999, affirming consensus in basic truths of the doctrine of justification.

The venue, key speakers and participants in the event will be announced in due course.

'One of the principles for the LWF in commemorating the Reformation is to do so in a spirit of ecumenical accountability. We therefore welcome the opportunity to explore ways to build on the longstanding dialogue with the Roman Catholic Church to begin to plan a joint event in the lead-up to 2017. From Conflict to Communion is offering us a good basis for these explorations," said LWF General Secretary Rev. Martin Junge.

Cardinal Kurt Koch, President of the Pontifical Council for Promoting Christian Unity, said: "By concentrating together on the centrality of the question of God and on a Christocentric approach, Lutherans and Catholics will have the possibility of an ecumenical commemoration of the Reformation, not simply in a pragmatic way, but in the deep sense of faith in the crucified and resurrected Christ, whom Luther has brought to light again. 'On this occasion', as Pope Francis stated, 'for the first time, Lutherans and Catholics will have the opportunity to share one ecumenical commemoration throughout the world, not in the form of a triumphalistic celebration, but as the profession of our common faith in the Triune God.' This is the task that lies ahead of us today, and only together it can be addressed."