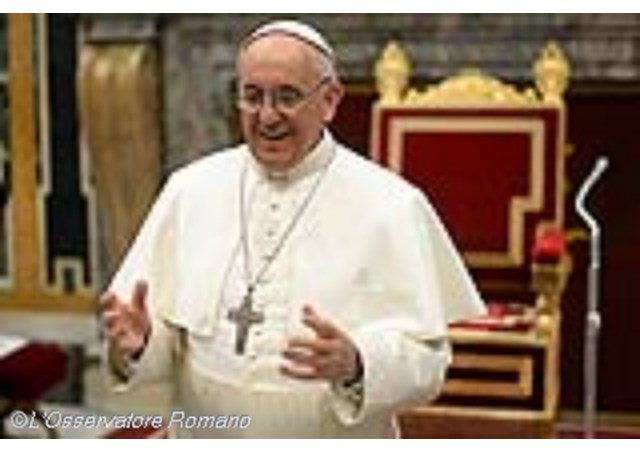 (Vatican Radio) The second international conference of the Confraternities of Catholic Clergy brought together in Rome bishops, priests, deacons and seminarians from the English-speaking world. The conference theme, Quo Vadis Domine?, invited participants to review the mission of the Church, and the mission of the priest, 50 years after Vatican II and in light of Pope Francis’ exhortations to evangelisation.

Cardinal Pell addressed the mission of the Church, relating the need for clear and unambiguous witness to Christ. The Confraternities of Catholic Clergy, in their service to the Church and the world, reiterated their commitment to a prophetic witness which challenges contemporary culture, and shares the Holy Father’s care and concern for the family. They dedicated themselves to pray that the upcoming Synod will enable the Church to more effectively proclaim Christ’s vision of marriage and family, presenting anew the Good News about marriage and family life in all its fullness and helping, with the Lord’s compassion, those who struggle to follow the Gospel in a secular society.

Archbishop Di Noia addressed the nature and mission of priesthood, emphasising the sublime call of sacramental ministry. The challenge for priests is to be interiorly conformed to Christ – to become for their people what sacramental orders bestow. The participants committed themselves to assisting their members to grow in zeal, learning and holiness. They endorsed celibacy for the kingdom as the norm for priests in the Latin Rite, and recognised celibacy not only as a discipline, but also as a rich and fruitful means to conformity to Christ.

A highlight of the conference was the opportunity to celebrate the sacred liturgy in some of Rome’s most beautiful and historical basilicas. On the Feast of the Epiphany participants were able to concelebrate Mass with Pope Francis at St Peter’s Basilica. The  liturgical celebrations were assisted and enhanced by Dublin’s Lassus Scholars, who excel at choral masterpieces sung in their authentic liturgical setting.

An important fruit of this year’s conference was a resolve among the Confraternities to consolidate their fellowship and shared mission. An international Secretariat is to be established to further co-operation between the Confraternities in Australia, Ireland, the UK and the US. A further hope is that, in time, perhaps similar Confraternities might be founded in other English-speaking countries, providing fraternal support and ongoing formation to clergy in those places. News on that development will be posted on the Confraternity websites.